Second-half goals from Lyndon Dykes and Yoann Barbet gave QPR a 2-0 victory at home to Coventry. Here’s how we rated each Rangers player.

Made an important early save to deny Ian Maatsen, who tried to beat him at his near post from just inside the box. Made a good full-length stop to deny Martyn Waghorn straight after half-time. Always looked confident on crosses and was a steadying presence behind a defence that was severely tested by the Sky Blues.

Really tested defensively in the first half, with Coventry wing-back Maatsen and Viktor Gyokeres loading up down the Rangers’ right to good effect on occasions. Was much improved in the second half, getting forward well and tightening up defensively.

Given plenty to think about by the movement of the wily Waghorn as Coventry attacked the Rangers right side with alarming regularity in the first half. Excellent in the second half after Coventry surprisingly withdrew Waghorn and Gyokeres.

Returned to the side after an ankle injury and was forced to make two early vital blocks in the box after Coventry made a fast start. Once again demonstrated what an excellent signing he has been with another towering display.

Grabbed the all-important second goal when he rifled the ball into the roof off the net after his initial fizzing effort was pushed away by keeper Simon Moore. Kept on his toes by a lively Coventry attack and played his part in keeping a clean sheet.

A real mixed bag against his former club. Had a tough time against the lively Fankaty Dabo, but also made his share of crucial interceptions with his pace getting him out of trouble.

Not one of his better games. His attacking limitations were shown up on more than one occasion, with decent-looking moves breaking down due to Ball conceding possession in good areas. Atoned for some earlier errors by nodding the ball into Dykes’ path for the first goal.

His cool head was crucial early in the game where he cleared the danger inside the Rangers box and he led the team superbly in midfield. Always looking to make something happen in attack and covered plenty of ground to help out defensively.

Went close to opening the scoring with an excellent free-kick that was clawed away from the top corner by Moore, but was kept in check for much of the game and was replaced in the second half. 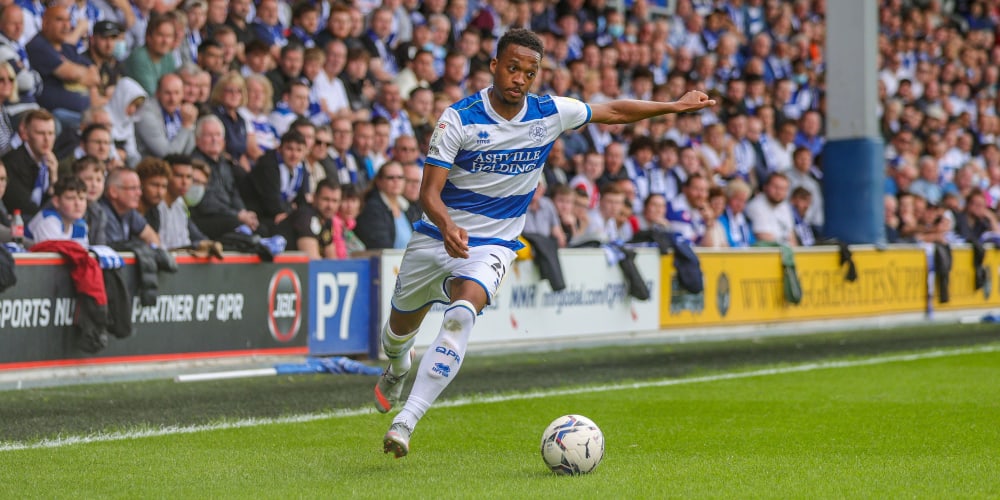 Wasn’t given a kick in the first half with Coventry, evidently wary of the former Arsenal man after he tore them apart last season, not giving him any space to get in behind them. Far more involved in the second half after being pushed further forward and his cross set up the opening goal for Dykes.

A frustrating afternoon for the striker, who was a peripheral figure in the first half with Rangers unable to provide him with any service, forcing him to drop deep to look for the ball. Worked hard before being taken 10 minutes from time and teed up Barbet for his goal after following up the rebound from Moore’s save.

Turned the game in Rangers’ favour after coming on midway through the second half, making am immediate impact with a superbly-taken finish from the edge of the box with his first kick. Rangers looked much more threatening in attack after his introduction.

Introduced in the final 10 minutes and almost marked his arrival with a brilliant goal after racing onto a delightful cross-field ball from Johansen with his first-time shot from the edge of the box grazing the side netting.