Jim Smith is perhaps the most underappreciated manager in QPR’s history.

His achievements during that three-year spell in charge were vast but have been relatively unheralded, especially compared to the Gerry Francis era which followed a few years later.

There are two main reasons for this.

The first is the debacle against his former side Oxford in the 1986 Milk Cup final, which is sadly seen as the defining moment of Smith’s tenure.

The second is simply that he did not have the legendary status Francis enjoyed from his time as a player at Loftus Road. Or the inclination to talk himself up.

The class of ‘93 finishing fifth in the top flight, and as top London club, is rightly celebrated.

But the hullabaloo surrounding Francis, at the time and over the years since, always seemed to ignore the fact that this apparently seismic feat was achieved just five years earlier – and indeed four years before that, too.

Smith not only matched Francis’ much-heralded achievements as QPR manager, he surely bettered them.

Bettered them because, regardless of what happened at Wembley, Smith led the club to a cup final as well as a fifth-placed finish.

That cup run included unforgettable triumphs against Liverpool, Chelsea and Nottingham Forest in a season which also included the famous 6-0 thrashing of Chelsea in the league.

Bettered too because whereas the 1993 squad was largely inherited by its manager and had already shown much promise under Francis’ predecessor, Don Howe, Smith’s side was one he largely built himself – both in terms of signings and style of play.

Smith was no less than the pioneer of the sweeper system in England. It was a foreign formation before he deployed it to great effect at QPR, using Terry Fenwick as a genuine sweeper rather than just an extra centre-back.

And the list of Smith’s signings – all of them picked up for very modest fees – includes the likes of David Seaman, Paul Parker, Les Ferdinand, Danny Maddix and Simon Barker.

It was a similar story at other clubs during Smith’s career. Not least Oxford, where he nurtured the likes of John Aldridge and Ray Houghton.

Very sad to hear my old QPR manager Jim Smith has passed away. A great character with a great sense of fun but also an honest and very astute manager. Thanks for all your help and advice Jim. RIP.

Others have taken credit for Ferdinand’s emergence. The bottom line is that Smith signed a 21-year-old from non-League Hayes and at the time compared him to Cyrille Regis. As judgement calls go, it doesn’t get much better than that.

Perhaps, then, if an attempt to bring Smith back to QPR in 2006 had succeeded, the kind of disastrous transfer dealings which plagued the club in the following few years might well have been avoided.

With Ian Holloway losing support behind the scenes, Gianni Paladini was being heavily lobbied by key figures inside Rangers to replace him with Gary Waddock and bring Smith in as director of football.

Waddock, a hugely popular ex-Rangers player who was then managing the youth team, was very well liked inside the club and highly rated as a coach. But there was an understanding that he lacked experience, especially in the transfer market, and would need help.

Waddock-Smith therefore seemed like a dream ticket. They knew each other from their time at QPR and Smith was also well known by Paladini, making it easier to persuade the then chairman to go along with the plan, which he did.

And so a plan was hatched. But at the last minute, with Holloway having already been put on gardening leave, Smith decided against returning and Waddock cut his managerial teeth in what was an almost impossible situation given the state of the club at the time.

How things would have panned out had Smith returned, we will never know. But his impact while he was at the club shouldn’t be underestimated, and often seems to be.

His record speaks for itself. He is one of QPR’s best-ever managers. 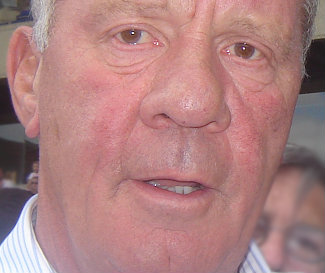