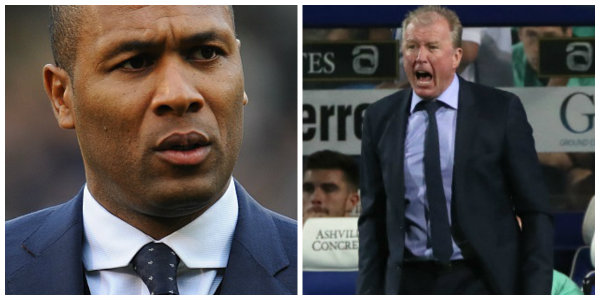 The 22-year-old Irishman has moved on a season-long loan, although Rangers have the option of recalling him in January.

He is not in manager McClaren’s first-team plans for this season as he is behind the likes of Massimo Luongo, Josh Scowen and Luke Freeman in the pecking order of midfielders at Loftus Road.

“We’ve certainly got high hopes for Ryan in terms of his future at QPR,” director of football Ferdinand said.

“However, unfortunately, he’s not in the team on a regular basis at the moment, due to how well the current midfield have performed.

“We feel it’s in the best interests of both QPR and Ryan for him to go out and get game time on a more-consistent basis – playing Championship football at the same time, too.”

McClaren added: “I think it’s part of every young player’s development to go out on loan and experience something different – different environments, different cultures and different ways of playing.

“This season, because of Josh Scowen, Mass Luongo, Luke Freeman and Ebere Eze, his chances have been limited so far.

“So we had to make a decision – whether to keep Ryan in the squad and him not play much, or get him more games out on loan.

“Sometimes as managers and coaches, we want to keep all of our players. But I think the benefits of this loan move will far outweigh keeping Ryan here for the moment.

“We’ll definitely be keeping an eye on Ryan and wish him success at Rotherham. We hope he plays well and comes back an even better player.”