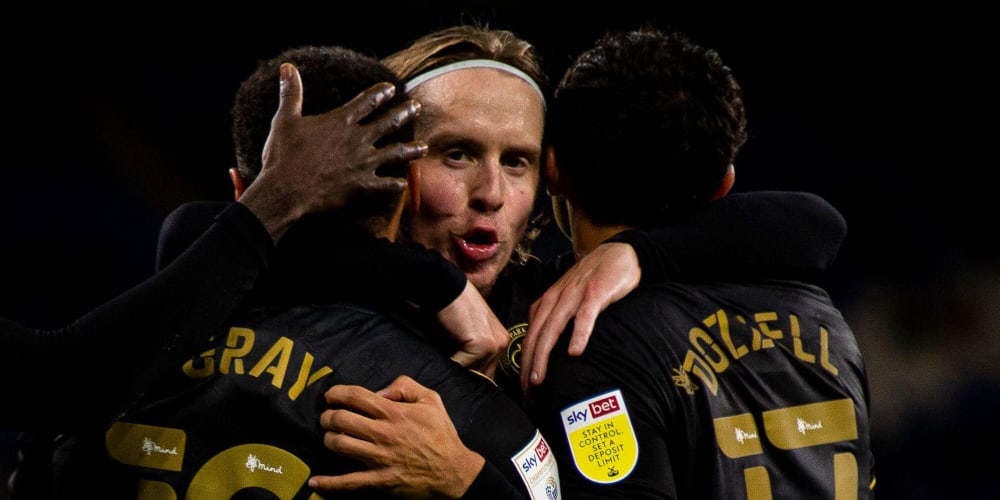 QPR clinched a third away win of the season, beating struggling Cardiff 1-0 at the Cardiff City Stadium. Here’s how we rated the Rangers players.

Didn’t really have a save of note to make, but was confident and assured in his box as Cardiff launched long throws and corners. His handling was flawless in dealing with the few shooting opportunities the hosts did throw at him.

Another steady performance from the veteran, who worked tirelessly down the right flank. Used all his experience to help Rangers see out the game as Cardiff pressed for a late equaliser.

Back to his best with an assured display at the heart of the defence. Brought the ball out of from the back effortlessly on occasions and was a totem in his own box in a nervy final five minutes.

Made up for his Nottingham Forest heartbreak with a magnificent performance. Marshalled the physical threat of Kiefer Moore superbly and didn’t put a foot wrong all night.

The Frenchman’s radar was very much off in the first half when he hit far too many wayward passes. Atoned for that with two crucial clearances as Cardiff laid siege on the Rangers goal late in the game.

Excellent display in the left wing-back role. Defensively sound and snuffed out at least three attacks with well-timed tackles. Almost set up a second goal with a fine run and cross. Made a vital lung-busting run deep in injury time to alleviate the pressure from a series of late Cardiff corners.

Produced a superb defence-splitting pass to put Andre Gray through on goal to send Rangers in front. Neat and tidy on the ball in what was a good shift from the young midfielder.

Worked his socks off in the middle of the park on a night when attractive, free-flowing football was at a premium against a physically-imposing Cardiff midfield.

On the end of some heavy treatment from a rugged Cardiff outfit but it didn’t see him go hiding as he kept looking for the ball and trying to make things happen. Subbed with 12 minutes to go for the more defensively-minded Dom Ball.

Opened the scoring with a majestic touch, turn and finish for his third goal of the season. Forced off early in the second half to add to Rangers’ growing injury list.

Hard-working display but little fell his way. Unlucky not to score when his goal-bound shot was blocked by the leg of Sean Morrison. His physical presence was much needed help to the defence as Rangers desperately clung to their lead.

Introduced early in the second half following Gray’s injury and worked hard at both ends of the field. Teed up Dykes with a perfectly-weighted chested pass from a fine Odubajo cross in what was a night of few chances of note for the strikers.

Brought on for the final 15 minutes to help see out the win and did exactly that.