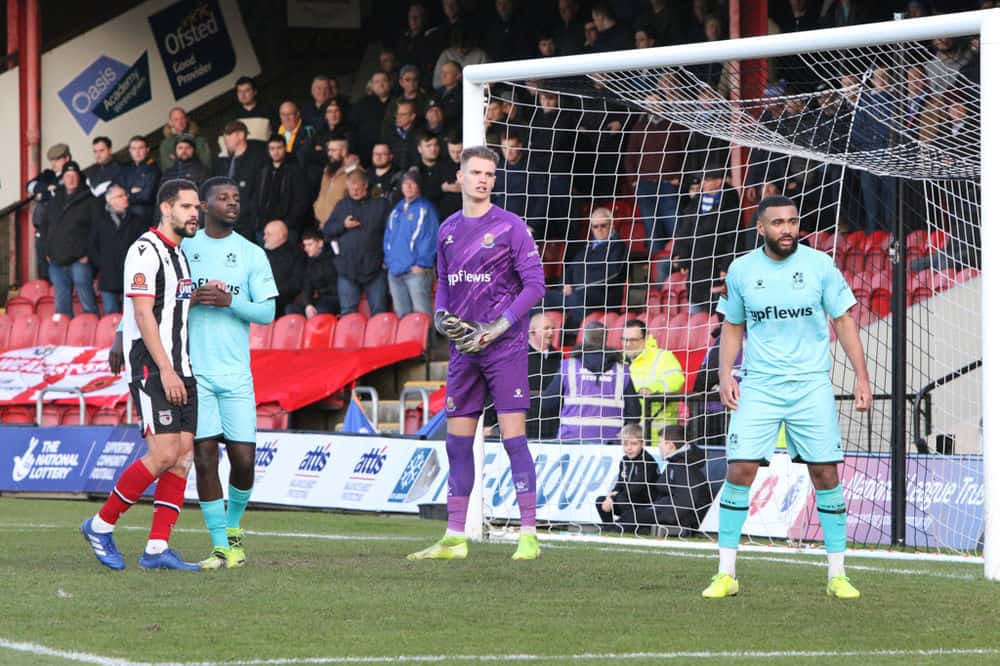 Young Fulham goalkeeper George Wickens hopes his successful loan spell at National League side Wealdstone will be enough to earn him a similar move to an EFL club next season.

The 20-year-old won the Stones players’ player of the year award on Saturday having played a key role in helping the club secure their status in the fifth tier for another season.

Wickens had the chance to leave Grosvenor Vale in January after Fulham received calls from several League Two clubs, but opted to stay in west London where he was guaranteed regular football.

“Don’t get me wrong, it was a tough decision and I thought there were both a lot of positives and risks going into the League in January,” Wickens said. “In the end I just went with my gut.

“I was in a place where I’d set myself a goal of finishing the season with 40 games under my belt and knowing that if I do that well enough, there could be League One or League Two interest next season.

“It’s been really good for my development and it’s been very different to Under-23s football.

“It’s much more physical and there’s a lot more things you’ve got to deal with like playing in front of crowds every week which is much better.

“There’s more pressure because there’s people with jobs on the line.

“I just want to finish the season strongly and once that’s done, then I can set my sights on the next season.

“But from what I’ve heard, it’s looking good in terms of hopefully going into either League One or League Two next year.

“I think that will be the best thing for me. The end goal is to play for Fulham one day but I know that for goalkeepers it’s a longer journey.”

Wickens is on course to play his 40th game of the season on Sunday when Wealdstone travel to Aldershot Town, a target which he set himself prior to the campaign.

With Wealdstone operating on a part-time basis, Wickens trains at Motspur Park with the Fulham squad during the week while linking up with the Stones squad when required.

The former Fulham season ticket holder said being around the club during their historic Championship-winning campaign has been a great experience.

“I’ve always supported them and used to have a season ticket with my dad from the age of four or five-years-old until I went in there full-time when I was about 15 or 16 I think,” Wickens said.

“I think we only missed one year out of those where we didn’t have a season ticket. I remember watching all the European games and have good memories there so I’ve always kept up with them wherever I’ve been.

“Obviously having someone like Fabio (Carvalho) around the first team who you’ve got that connection with. It’s been good keeping an eye on people like that, they’ve done brilliantly.”