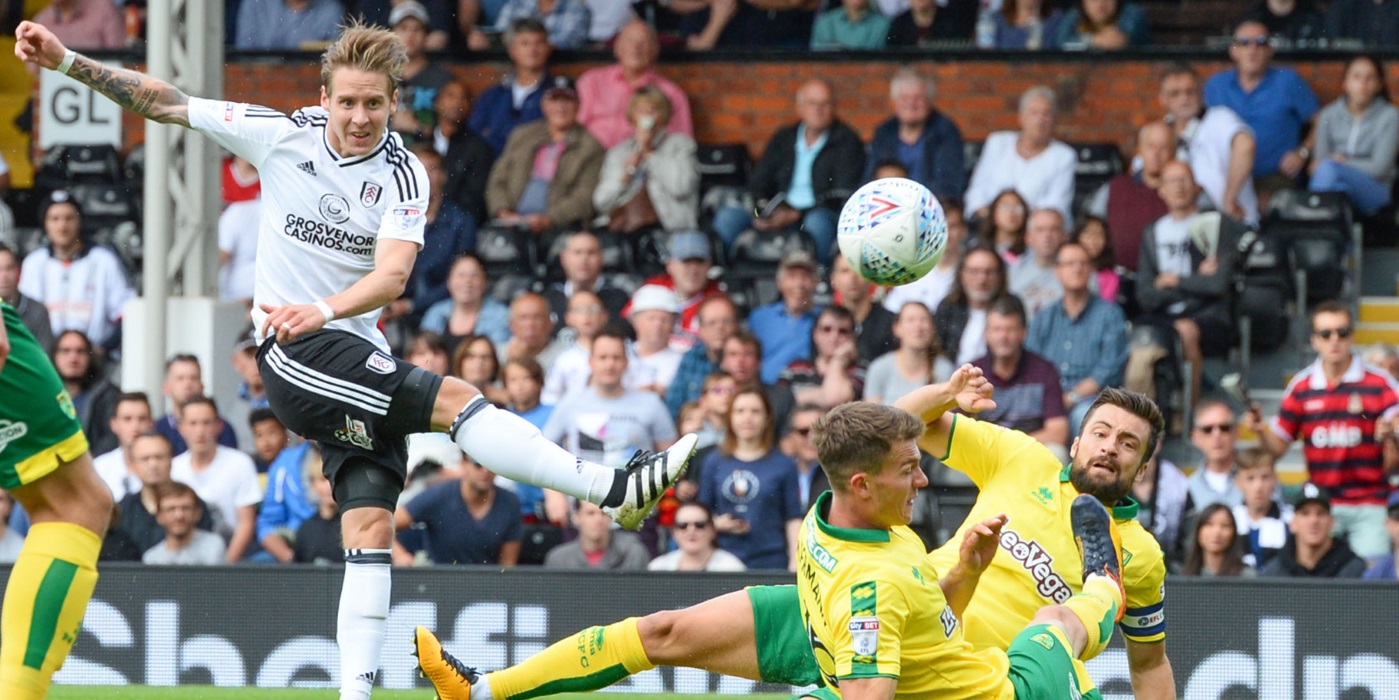 Neeskens Kebano hit the post in the second half but the Canaries snatched a point when Oliveira latched on to a lofted pass from Wes Hoolahan and beat the advancing David Button.

Having started the game brightly, Fulham were twice fortunate to survive in the first half when Marco Vrancic and Marley Watkins – two of Norwich’s seven debutants – both missed good chances from 12 yards out.

And the Whites made them pay, albeit in slightly fortunate circumstances, when Ayite burned past a defender and sent the ball into the net via Martin.

Both sides had chances in a busy end to the first half. Gunn blocked from Ryan Fredericks and Sone Aluko, while at the other end, Vrancic and James Maddison sent efforts just over the crossbar.

Ayite curled an effort narrowly off target shortly after the break, before Kebano hit the base of the far post having cut inside Yanic Wildschut.

But Norwich remained a threat on the counter, and Watkins should have done better than to sidefoot straight at Button after being fed by Vrancic.

Just after the hour mark, Slavisa Jokanovic introduced two of his summer signings – Ibrahima Cisse and Aboubakar Kamara – and the latter got the crowd on its feet after he left Marcel Franke on the deck with a couple of twists and turns, only to fire into the side netting.

But it was two of Norwich’s substitutes who had the final say, Hoolahan’s cute pass releasing Oliveira, who got the wrong side of Tomas Kalas before scoring.