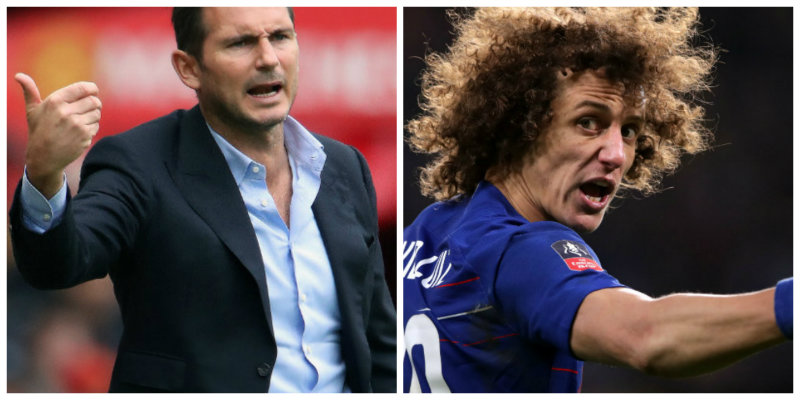 Frank Lampard has been reluctant to discuss David Luiz in the build-up to Chelsea’s London derby against Arsenal.

Blues boss Lampard allowed his former Chelsea team-mate Luiz to leave Stamford Bridge and join the Gunners during the summer.

And he initially refused to discuss the decision when asked about it ahead of the game against Luiz’s Arsenal.

“I’m not going to answer that in the build up to this game,” Lampard said when asked if the emergence of Fikayo Tomori justified letting Luiz go.

Luiz had two spells at Stamford Bridge and played alongside Lampard in Chelsea’s 2012 Champions League triumph – despite the Brazilian struggling with a hamstring injury.

And Lampard was keen not to show any disrespect towards Luiz in the build up to the game at the Emirates Stadium.

Asked again about Luiz, Lampard said: “Maybe I’m bit harsh not to answer that directly. What I don’t want is for it to look like it’s a personal question going into the game against a player I respect and played with.

“If you look at our defenders and the emergence of Tomori that’s obviously been a big plus for us.

“It was just a decision that was made and while I’m here I’ll be making countless more of those in different ways.

“I certainly wish David well. He was part of a Champions League-winning team – he played with half a hamstring in the final – and I will always respect that.”