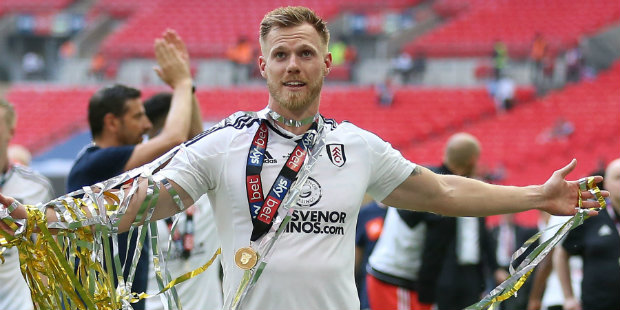 Chelsea defender Tomas Kalas is targeting a third promotion from the Championship after joining Bristol City on loan.

The defender completed a season-long loan move from the Blues on Thursday to become City’s ninth signing of the summer.

It will be a third spell in the English second tier for the 25-year-old, who has previously played for Middlesbrough and Fulham – where he was promoted with each.

He joins a side who had threatened to break into the top six last season before falling away in the second half of the campaign, but he says the ambition shown by manager Lee Johnson played a major part in luring him to Ashton Gate.

“It would be nice to keep on going that way and at least get into the play-offs with Bristol City and to try and get promoted,” he told the club website.

“The manager and the way he spoke to me and the way Bristol City plays – they are two key factors for me being here, and why not do it for the third time in a row? That is why I am here.

“The Championship is probably the hardest league in Europe.

“I can’t compare it anywhere but Holland, but I think it is one of the toughest and it is not easy to get your place secured.

“It is very tough physically and to get promoted is not only about individual quality, it’s about the team and working together.”

He added: “I’m very excited to get my situation sorted and join a club that is willing to play football. When I was at Fulham we met teams like Bristol City so I am glad that I am joining a club who want to play football and not just kick long balls.”