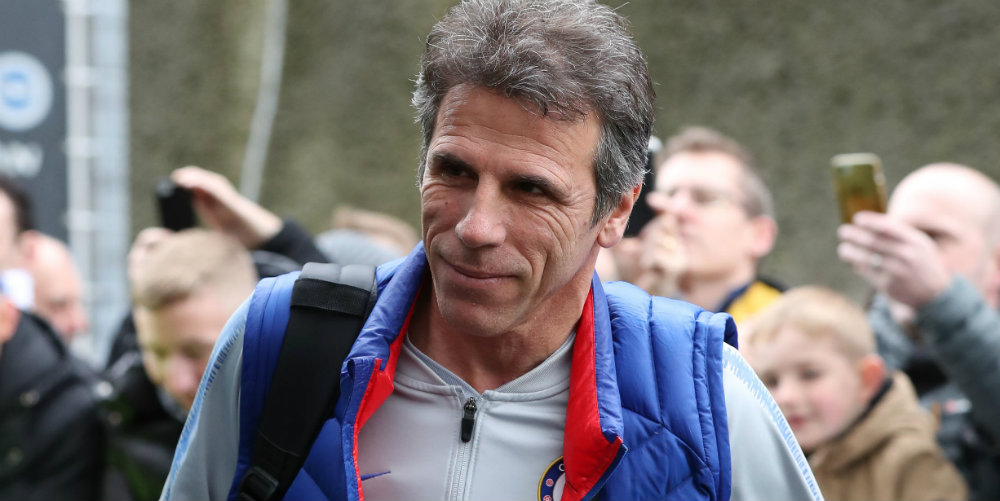 Gianfranco Zola has called for Chelsea to stay focused despite the uncertainty surrounding the club.

Star man Eden Hazard continues to be linked with a move to Real Madrid, while there are question marks over the futures of a number of  other Chelsea players, including Olivier Giroud.

Striker Giroud admitted on Wednesday that he is “very frustrated” at his lack of game time at Chelsea and wants first-team football.

And there is also the prospect of a transfer ban imposed by Fifa, which the club are appealing against.

“There is a lot of talking around this team, I realise that,” said assistant boss Zola.

“We cannot be distracted from what we have to do on the pitch. We need to focus on our job and do it as best we can.

“Of course we hope that Hazard will stay with us because he is such an important player for all of us.

“Olivier Giroud has been performing, in my opinion, magnificently. It’s not down to me to say that he will stay, because I don’t have that power, but I wish that he continues like that and that will be a massive thing for him and an incentive for the club to sign him for a long time.

“There is also the ban going on. It’s circumstances that are not easy, but we need to maintain focus.”

Chelsea have endured a troubled season but could yet end it with silverware – they face Slavia Prague on Thursday in the Europa League quarter-final second leg – and are still in the race for a top-four finish in the Premier League.

Zola said: “A lot of times I’ve heard that it’s been a bad season.

“But if we can reach the final and maybe win the Europa League and end up fourth I think it could be a remarkable season.”