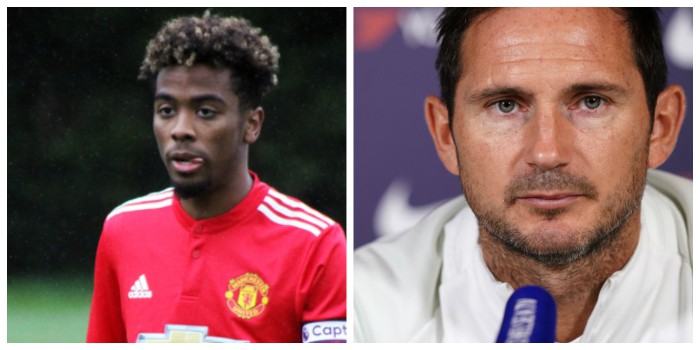 Frank Lampard has insisted there is no prospect of Chelsea signing Manchester United youngster Angel Gomes.

The Blues boss has also played down speculation linking England international Declan Rice with a move to Stamford Bridge from West Ham.

It follows reports that midfielder Gomes is set to leave United after rejecting a contract offer and that Chelsea could snap him up.

The 19-year-old has been linked with Chelsea for some time and reports have claimed the club have made him a lucrative offer.

However, speaking at a news conference via video on Tuesday afternoon, Lampard said Gomes had “never been mentioned at my end” as a potential signing.

Lampard also said there was “no talk” of signing Rice when asked about the Hammers star.

“Until these games are finished there’s nothing to say,” he added.

Rice, who was previously on Chelsea’s books, has been touted for a move to Stamford Bridge this summer.

Meanwhile, Christian Pulisic and Andreas Christensen are both doubts for Wednesday’s derby against West Ham.