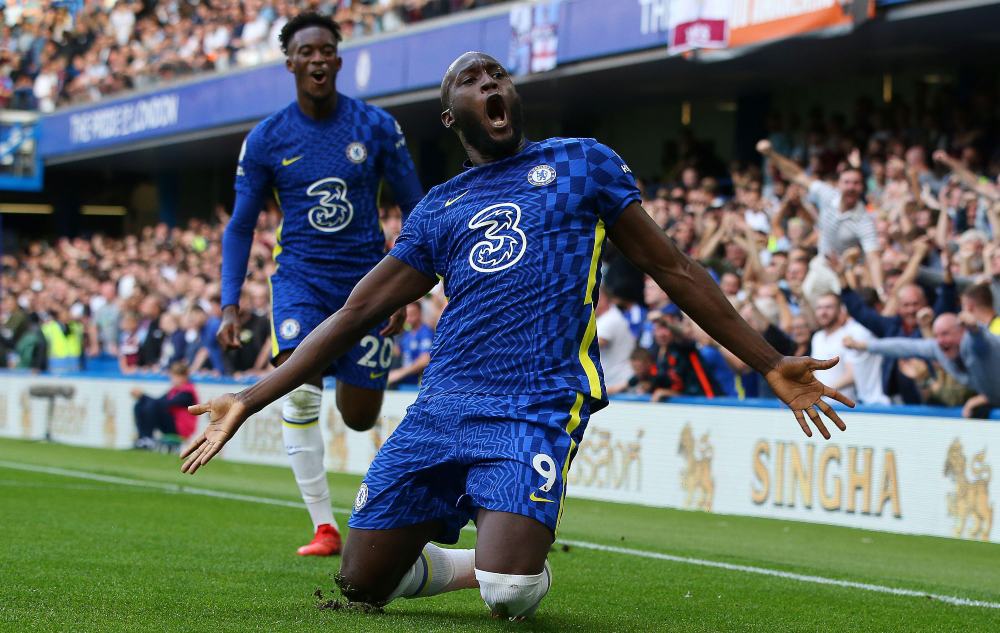 A crucial double save in the first half denied Villa an equaliser and was the highlight of an impressive performance by the keeper, who parried Tyrone Mings’ shot and then reacted quickly to get to Ezri Konsa’s scuffed follow-up.

Had some uncertain moments in the first half and had his work cut out as Villa aimed several diagonal balls in his direction. But the young defender grew into the game and almost put Lukaku through on goal after a storming burst forward late in the game.

Composed at the heart of the defence and produced a crucial block to prevent a Villa equaliser in the first half.

Continued his fine form without another faultless showing. Linked up well with Marcos Alonso on the left.

Worked hard at right wing-back but was clearly much happier when switched to a more attacking left-sided position in the second half.

A tough debut for the new signing, who struggled before being substituted at half-time. Villa’s pressing troubled the Spaniard, giving him an early indication of what he will face in the Premier League. Chelsea were rescued by Silva’s saving block after John McGinn had robbed Saul, who later presented the Scot with the ball again in a dangerous area with a stray pass.

Terrific performance from the Croatian, who set up Lukaku for the opening goal with a fine ball in behind the Villa defence and later scored to double the lead. Also deserves credit for a battling performance in the first half when Saul alongside him was being overrun.

Had a difficult spell in the first half as Matty Cash pushed forward from right-back for Villa. Alonso’s overall performance was decent enough, though, and he went close to scoring with a second-half strike which flashed wide.

Closed down effectively by Villa’s hardworking midfield until later in the game when he found space more easily.

Showed some nice touches and good movement but was pretty quiet before being withdrawn in the second half.

A dream second home debut for the striker, who took both his goals really well – the first was a slick finish and the second a thumping left-footed strike from the edge of the penalty area.

Steadied things in midfield after coming on for Saul at the interval.

Did a good job on the right after coming on – and burst past Mings to set up Lukaku’s late second. Timo Werner, who came on for the final eight minutes, had no real time to make an impact.