Rudiger out but Christensen, Hudson-Odoi and James in Chelsea squad 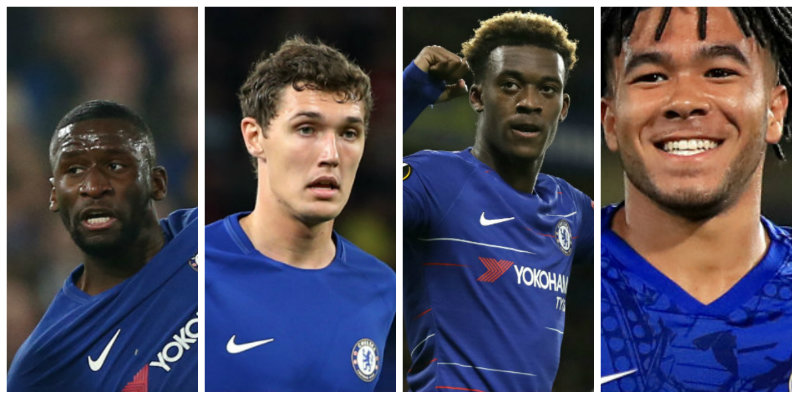 Antonio Rudiger has been ruled out of Chelsea’s game against Brighton but Andreas Christensen will be in the squad – as will Callum Hudson-Odoi and Reece James.

Manager Frank Lampard has confirmed that Rudiger is still struggling with a groin injury and admitted Chelsea are unsure when the German will be available again.

Emerson Palmieri will be out with a hamstring injury until after the international break but Christensen is expected to be available again this weekend.

Lampard added that Olivier Giroud, who has been ill, will be assessed to see if he is fit enough to return to the squad.

Hudson-Odoi, back after a ruptured Achilles tendon, returned to the side in the midweek Carabao Cup game against Grimsby.

He scored in Chelsea’s 7-1 win, as did right-back James, who impressed on his debut and is fit again after an ankle injury.

Lampard said both youngsters are now “pushing” for places in the side this weekend and he would be “careful” with Hudson-Odoi but that the England international could still play a “major part” against Brighton.

While the emergence of exciting young players has been a huge plus for Chelsea, Rudiger’s continued absence is a blow.

Having recovered from a groin injury, he aggravated a long-standing groin problem during the recent win at Norwich and has been unable to train since.

But fellow defender Christensen, who went off during the defeat against Liverpool, trained on Friday.

Lampard said: “Toni has got a recurring injury in the groin area – it’s not the original knee injury – so we’re trying to find a solution because he’s still got some pain.

“We are hopeful it still won’t be long, but I haven’t got an end-date. It’s ongoing.

“Andreas should be OK. He’s trained with us today. He’s missed most of the week. There’s still a tiny bit of pain but it’s hopefully not a risk, so he’ll be in the squad.”