Goals from Olivier Giroud and Marcos Alonso gave Chelsea victory over their London rivals and three priceless points in the battle for a top-four finish.

Giroud, playing in the absence of the injured Tammy Abraham, struck after 15 minutes at Stamford Bridge.

After the French striker’s shot was blocked by keeper Hugo Lloris, Ross Barkley’s follow-up struck the bar and Giroud steered the loose ball home from a tight angle.

There was no way back for Tottenham after Alonso’s cracking strike three minutes into the second half, although they were given some hope by Antonio Rudiger’s last-minute own goal.

All four players brought into the side by boss Frank Lampard – Alonso, Giroud, Barkley and Mason Mount – were involved in Chelsea’s second goal.

Mount collected Giroud’s clever flick and found Barkley, who teed up Alonso for a belting finish beyond Lloris from near the edge of the penalty area.

Spurs were well beaten – and were fortunate not to be reduced to 10 men when Giovani Lo Celso stayed on the pitch despite a VAR check following a nasty challenge on Cesar Azpilicueta.

The visitors also had a let-off when Alonso’s free-kick hit the bar and enjoyed another slice of luck when Érik Lamela’s shot was deflected in by Rudiger. 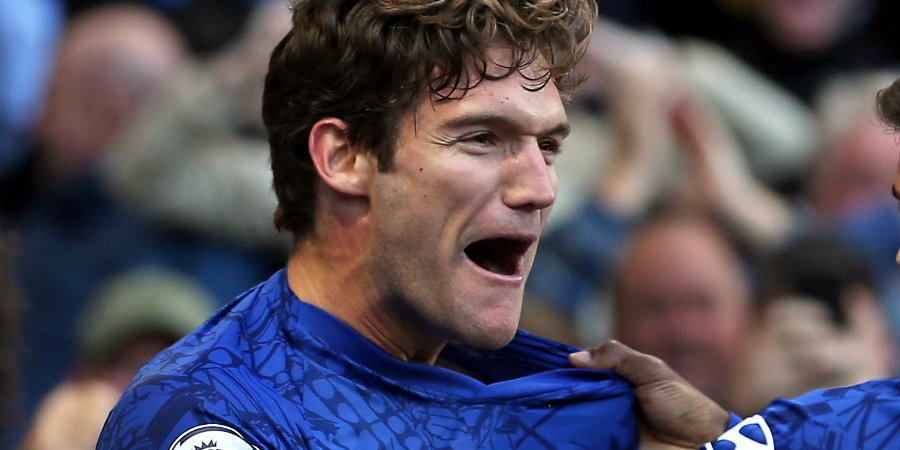