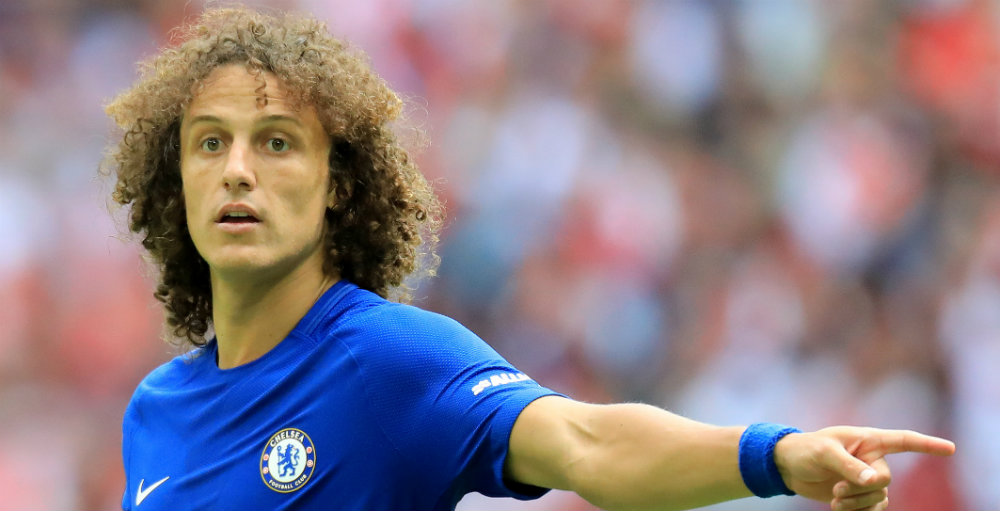 Chelsea boss Antonio Conte says he is still unsure how long David Luiz will be unavailable.

Conte said before Wednesday’s game against Swansea that Luiz would miss out with a knee problem which was being assessed by the Blues’ medical staff.

And after the 1-0 win over the Swans, Conte said there was no update on Luiz.

Conte said: “It is very difficult. He has liquid in his knee and we have to assess his recovery.

“I hope I don’t lose him for a long time, because we have to play every three days and I need all my players.”

There has been speculation over the future of Luiz since he was recently dropped by Conte.

Real Madrid have been linked with the Brazilian.

Conte backed his players despite Chelsea being short of their best during Wednesday’s win.

They dominated the game but had to wait until the second half to open the scoring and were unable to find another goal after Antonio Rudiger put them ahead.

But Conte said: “In this type of game you are able to score early or must have a lot of patience. At the same time you must pay great attention for the counter-attack.

“In this type of game, when you have a lot of desire to win, sometimes you can lose your balance. But my players never lost that balance.

“We played an intelligent game and we must be very good to win this type of game.”

Conte also apologised for his conduct after being sent to the stands a couple of minutes before half-time.

He was ordered from the technical area by referee Neil Swarbrick after remonstrating with the fourth official and watched the second half of the match on a screen in the Chelsea dressing room.

“It is right to apologise for what happened,” Conte said.

“I saw Swansea were wasting time and I said this a few times to the fourth official but didn’t see something change. I was frustrated.

“I repeat: I apologise for this. I was frustrated and for sure I made a mistake. It was my fault, not the fourth official’s.”