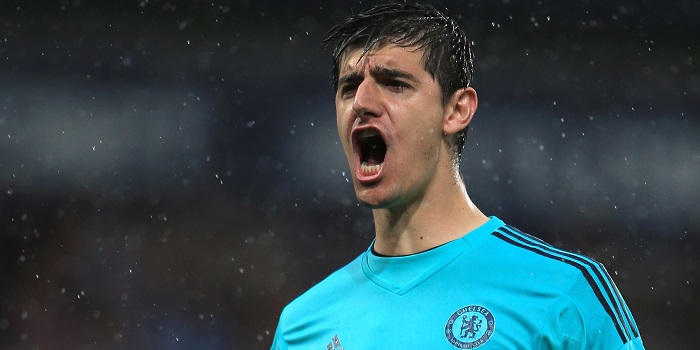 Antonio Conte says he will not change his instructions to Thibaut Courtois despite the Chelsea goalkeeper’s problems with his distribution.

Blues boss Conte wants Courtois to pass to team-mates rather than punt the ball forward.

The Belgian has looked uncomfortable at times this season, not least against Tottenham, who were quick to close Courtois down in Saturday’s derby at Stamford Bridge.

Courtois gave the ball away on a number of occasions during the 2-1 victory, but Conte insists he will not alter his methods.

“No, because we work on this aspect [playing out from the back],” Conte said.

“I want to play from the back and I ask this of my players, so the fault is mine always.

“We work on this during training sessions. I want to see this.

“We can improve a lot when playing from the back, but that is what I want to see. It’s important to start from the back.”

Meanwhile, Chelsea plan to open talks with Victor Moses about a new contract.