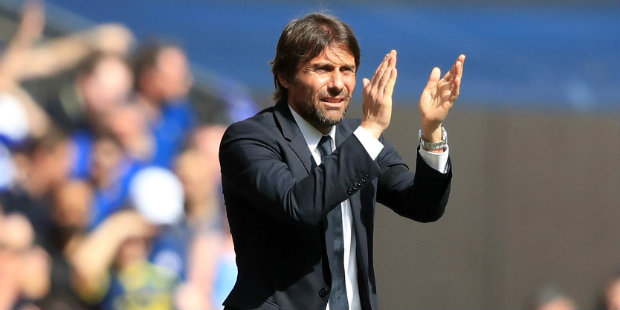 Antonio Conte has insisted Chelsea’s campaign is incomparable to the ‘Mourinho season’ of two years earlier, despite the likely failure to qualify for the Champions League.

Chelsea are fifth ahead of Sunday’s final game of the Premier League season at Newcastle and in the FA Cup final with Manchester United on May 19 at Wembley.

There has been constant speculation over Conte’s future as boss, with many expecting the Italian to depart this summer, with a year to go on his contract.

Defending his record, Conte repeatedly and pointedly referenced the season prior to his appointment, 2015-16, which he last summer termed a “Mourinho season”.

That referred to Chelsea’s implosion as defending champions under Jose Mourinho, now the United boss, before the Blues recovered slightly to finish 10th under interim boss Guus Hiddink.

Conte, who 12 months ago led Chelsea to the Premier League title in his first season as boss, was responding to questions on Chelsea’s likely absence from Europe’s elite club competition next term.

“We’re struggling to take a place in the Champions League. But we play in a very tough league where there are six top teams fighting for a place,” Conte said.

“It’s not automatic that you finish every season in the top four.

“It can happen in the past. Two years ago Chelsea ended the season 10th and not in the final of the FA Cup or semi-final of Carabao Cup. They were eliminated in the last 16 (of the Champions League) against Paris St Germain.”

Chelsea this season under Conte were beaten in the Carabao Cup last four by Arsenal and Barcelona in the Champions League quarter-finals.

Conte was asked about the challenges of recruiting and retaining talent for a club outside of the Champions League. He was bullish.

He added: “If you remember, last season after 10th place we won. It was difficult. We worked very hard and we won.

“Now probably we can finish fifth. I think you start with a bit of an advantage than when you finish 10th.”

The Blues’ bid to finish in the top four and qualify for next season’s Champions League is out of their hands.

Chelsea must win at Newcastle and hope Brighton beat Liverpool at Anfield; a draw for the Champions League finalists would see them clinch fourth due to a superior goal difference.

Conte refused to appraise his performance and declined to say what it would take to close the gap to champions Manchester City, insisting that was not a question to be answered now.

“We worked for two years and worked very hard to try to build something, to create a base. I think we did this,” he added.