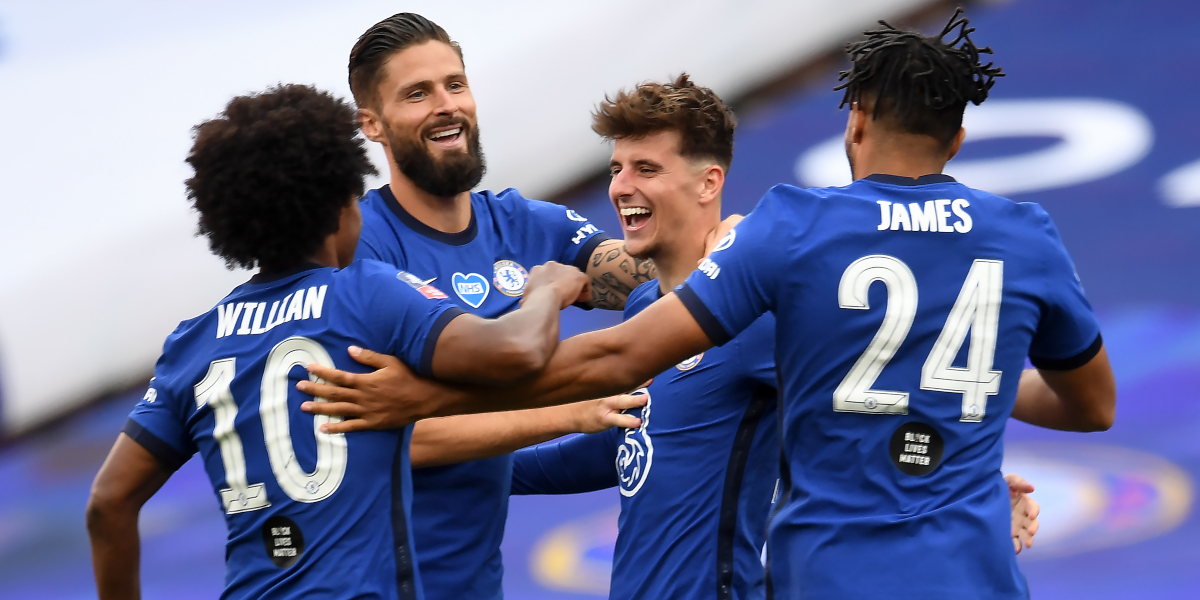 The Blues, who will face Arsenal in the final, scored moments before and after half-time – Olivier Giroud put them ahead and Mason Mount doubled the lead courtesy of David De Gea’s error.

Manchester United have been in excellent form but were second best from start to finish at Wembley.

And their fate was sealed by Harry Maguire’s own goal.

Bruno Fernandes’ late penalty was a mere consolation for United.

Cesar Azpilicueta set up the opener, collecting Willian’s pass and sending in a cross from the right towards Giroud, whose nudge with the outside of the boot was enough to beat De Gea.

Keeper De Gea got a hand to the ball but was unable to stop it trickling over the line.

He was arguably at fault for that goal – and was guilty of an horrendous gaffe for the second.

After Brandon Williams gave the ball away, Mount tried his luck from 25 yards.

His low shot was not particularly well struck, but De Gea allowed it to squirm through his hands and into the net.

Antonio Rudiger, having stayed forward after a Chelsea corner, forced Maguire’s error for the third.

The England defender tried to prevent Rudiger getting to Marcos Alonso’s low cross and ended up diverting the ball past De Gea at the near post.

Fernandes scored from the spot after Callum Hudson-Odoi tripped Anthony Martial in the box shortly after coming on as a substitute.