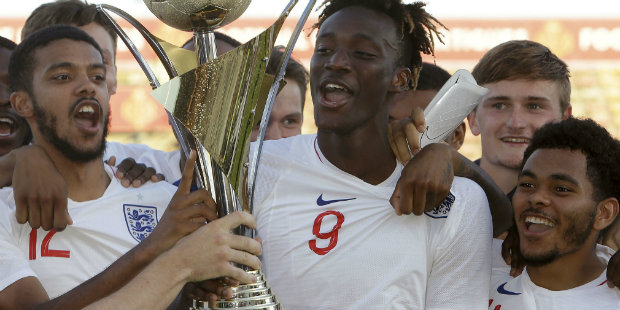 Four Chelsea players featured for England Under-21s as they came from behind to beat Mexico 2-1 and win the Toulon Tournament.

Tammy Abraham, Jake Clarke-Salter and Jay Dasilva started for England, who won the trophy for the third time in a row, while fellow Blues youngster Fikayo Tomori came on as a late substitute.

England made the worst possible start to the final, falling behind to a goal by Roberto Alvarado after just two minutes.

Defender Clarke-Salter, who was on loan at Sunderland last season, was involved in the equaliser.

Mexico goalkeeper José Hernández failed to deal with Clarke-Salter’s long throw and Middlesbrough’s Dael Fry was on hand to score.

England were ahead by half-time courtesy of a goal by Everton’s Kieran Dowell.

Abraham missed a sitter in the second half when he side-footed against the post after being set up by Dowell, but there was no way back for Mexico.