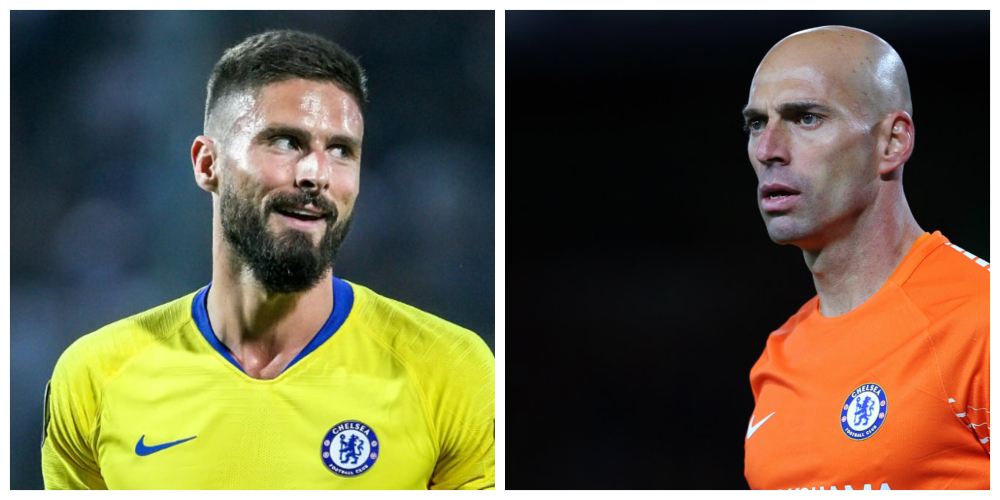 Chelsea have taken up options to extend the contracts of Olivier Giroud and Willy Caballero  by a year.

Both players’ deals were due to expire this summer but they are now under contract at Stamford Bridge until 2021.

Giroud, 33, had been tipped to leave the club, having almost moved to Inter Milan during the January transfer window.

The France striker has made 49 Premier League appearances, scoring seven goals, since being signed from Arsenal in 2018.

Caballero, 38, made nine appearances this season before the campaign was suspended because of the coronavirus pandemic.

Five of those outings came in February after Kepa Arrizabalaga was dropped by boss Frank Lampard.

Caballero joined Chelsea on a free transfer from Manchester City in 2017.