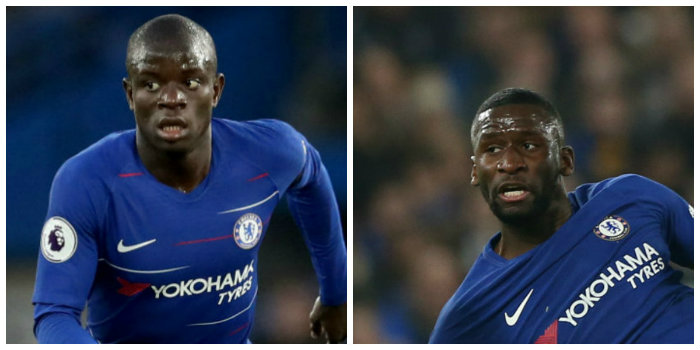 Kante is still struggling with an ankle problem, while Rudiger has been sidelined by another injury.

The German defender, just back after a knee problem, aggravated a groin injury in his comeback match against Wolves on Saturday.

Rudiger will undergo a scan and Chelsea are hoping he will not be sidelined for long.

Blues boss Lampard said: “Toni is injured. He bothered a small groin problem he’s been carrying for a couple of weeks and he’s out.

“He will have a scan later and see where he’s at. Hopefully it’s not long term.”

Emerson, meanwhile, is still unavailable because of a hamstring strain.

Speaking at a news conference on Monday afternoon, Lampard described Kante, Hudson-Odoi and Reece James as “fit but not match fit.”

Youngsters Hudson-Odoi and James are on the way back from a ruptured Achilles tendon and an ankle injury respectively.

They returned to action in an Under-23 game against Brighton on Friday and might feature in another Premier League 2 match, against Southampton, this weekend.