Morata and Fabregas ruled out of semi-final clash 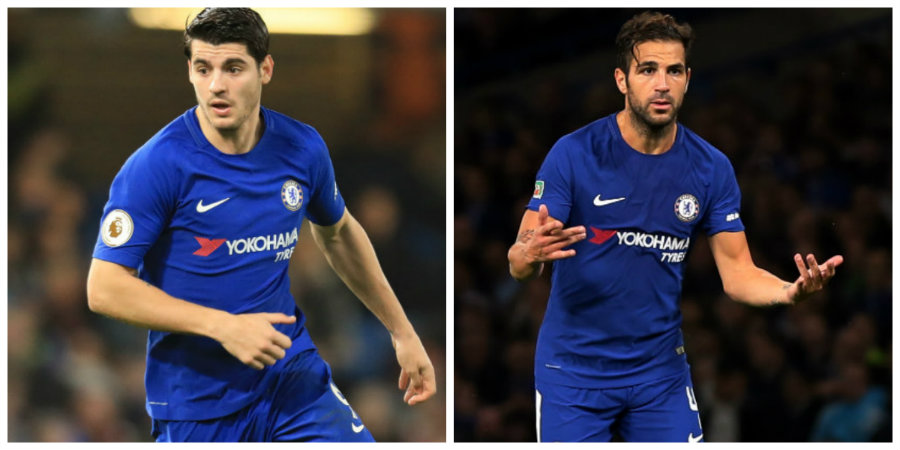 Alvaro Morata and Cesc Fabregas have been ruled out of Chelsea’s Carabao Cup semi-final second leg at Arsenal.

Morata, who has struggled in front of goal in recent matches, has picked up a back injury.

Danny Drinkwater, Gary Cahill and keeper Thibaut Courtois, who all missed Saturday’s win at Brighton, will be assessed ahead of the game at the Emirates Stadium.

But Andreas Christensen, who went off against Brighton after taking a knock to the head, has been passed fit.

“Morata and Fabregas are out. They are not available for the Arsenal game,” said Blues boss Antonio Conte.

“I have to check a couple of other situations to make the best decision for tomorrow’s game, but for sure Morata and Fabregas are out.

“Morata has a problem in his back and he is injured.”

The tie is finely poised after the recent first leg at Stamford Bridge produced a goalless draw.

The winners will face Manchester City or Bristol City in the final at Wembley.

Conte, who has won five league titles but never a cup competition, said: “For me, for all my players and for the fans, I think this is an important target – especially for me, as in my first season I had the opportunity to win the league and to be in the final of the FA Cup and now I have the opportunity to be in another final.

“This is very important for me and my players, but to reach the final we have to play against Arsenal and that is always a big challenge and a big game. They want to go to the final in the same way we want to.

“It’s a massive game and a big challenge for us.”