Belgium boss Roberto Martinez has admitted that Michy Batshuayi’s lack of game time at Chelsea is a problem.

Batshuayi continues to perform well for his country – he scored in Belgium’s recent win against Kazakhstan – but has struggled to establish himself as a Chelsea first-team player.

That struggle has continued this season, with Tammy Abraham firmly establishing himself as the Blues’ first-choice striker, and Martinez is keen for the situation to change.

“I think that’s a shame, even though he scores a lot with the national team.

“I hope he will play more because we really need him. But then he has to play. Otherwise a solution must be found.” 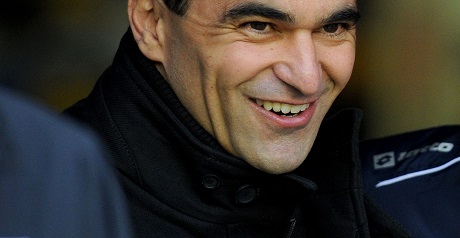