Frank: Bees will put out strong side at Bristol City 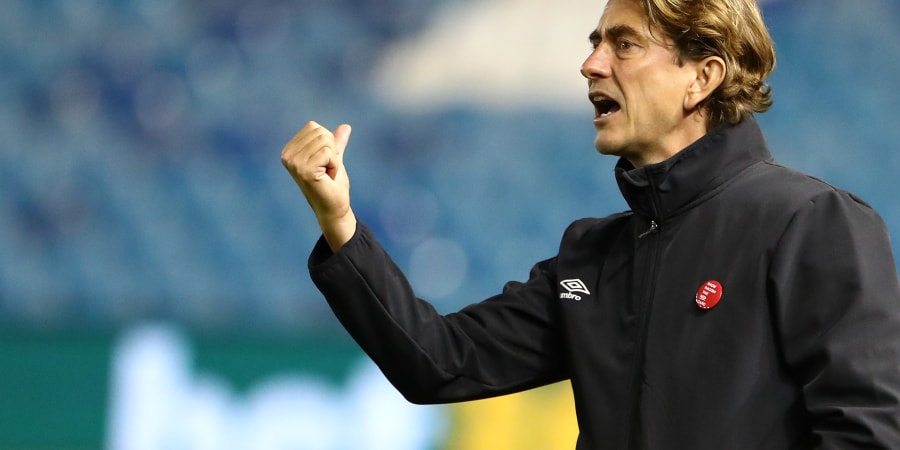 Thomas Frank has said he is going to play a strong side in Brentford’s final regular league game of the season at Bristol City on Saturday.

The Bees have secured third place in the Championship for the second year in a row and will take part in the play-offs against the sixth-placed side – either Bournemouth or Barnsley – on 17 and 22 May.

The Bees are unbeaten in 11 games, while Bristol City have failed to win any of their last nine matches, and are also without a home victory in nine attempts stretching back to the end of January.

Ivan Toney, who needs one goal to break the individual Championship scoring record for a season of 30, seems likely to play, with Frank saying: “There will not be many resting, if any, against Bristol City.

“I want a strong finish and we play our first play-off tie 10 days later, so I want also to keep the momentum and flow in the team.”

Brentford hold the unenviable Football League record of taking part in the play-offs the most times without winning promotion – nine – but Frank hopes that the memory of losing to Fulham in last year’s final will help his side this time around.

“I think we coped really well in the play-offs last year,” he said. “I think it was incredibly difficult to have two games where, always in hindsight, if we just won of them we would go up automatically.

“There was then an unbelievably short turnaround to the first play-off semi-final, but it shows a lot about the culture and mentality in this group of players, that they were bang on it in the game in Swansea and performed well, and we only lost because of a wrong red card, which was overturned.

“In the second game, where we really needed to step up, it was one of the best performances of the season and then we went to the final, 0-0 and extra-time before we lost, it can’t be on smaller margins than that.

“I think that experience will help us in crucial moments this time when we need it to help us get over the line.”