Brentford players come out in support of Frank 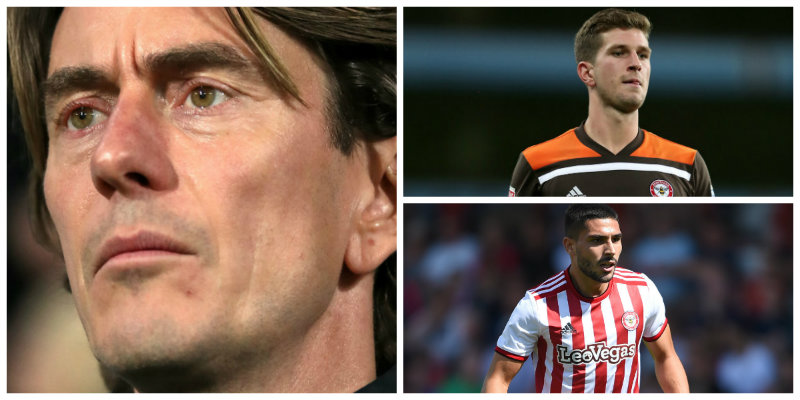 Neal Maupay and Chris Mepham have insisted boss Thomas Frank is not to blame for Brentford’s woeful run.

The Bees have lost seven of their nine games since Frank took over following Dean Smith’s departure for Aston Villa.

Head coach Frank described the first half of Saturday’s loss to Swansea – their fourth home defeat under the Dane – as “like a horror movie.”

French striker Maupay and Hammersmith-born centre-back Mepham say the team are making too many costly mistakes and that confidence has been affected.

Brentford have slipped to 18th in the Championship table, just four points above the relegation zone.

Mepham told West London Sport: “Thomas can prepare us as much as possible but, at the end of the day, if you’re making individual mistakes that cost the team, it’s not really down to him.

“We have got to take responsibility for ourselves because, once we’re over the white line, it is down to us.

“He gives us the information to go and implement. If we’re not taking it on board and doing the basics then we won’t go anywhere in this league.”

Mepham added: “In my opinion we are struggling with crosses into the box at the minute. Because we have struggled, I think teams will target that.

“We know we are good enough as a team but we need to do the basics right and build on it from there. It’s going to be a big challenge.”

He initially looked like playing a key role in a promotion challenge rather than a potential relegation battle.

Brentford’s shortcomings at the other end of the pitch have been seriously exposed and were evident again on Saturday.

Maupay said the players “all had a good relationship” with Smith but that the change of manager “is not an excuse” for recent results.

“It’s the same system, same players, and it’s almost the same tactical drills we do every day,” Maupay said.

“I think it’s just a problem of confidence, and doing the right things on the pitch.

“Something is wrong and we need to change it quickly – change the mentality – because we don’t have time in this league.

“We score goals but if you concede three goals every game it’s so hard to get a win. We need to start the game with the mentality that we won’t concede and stay solid.”