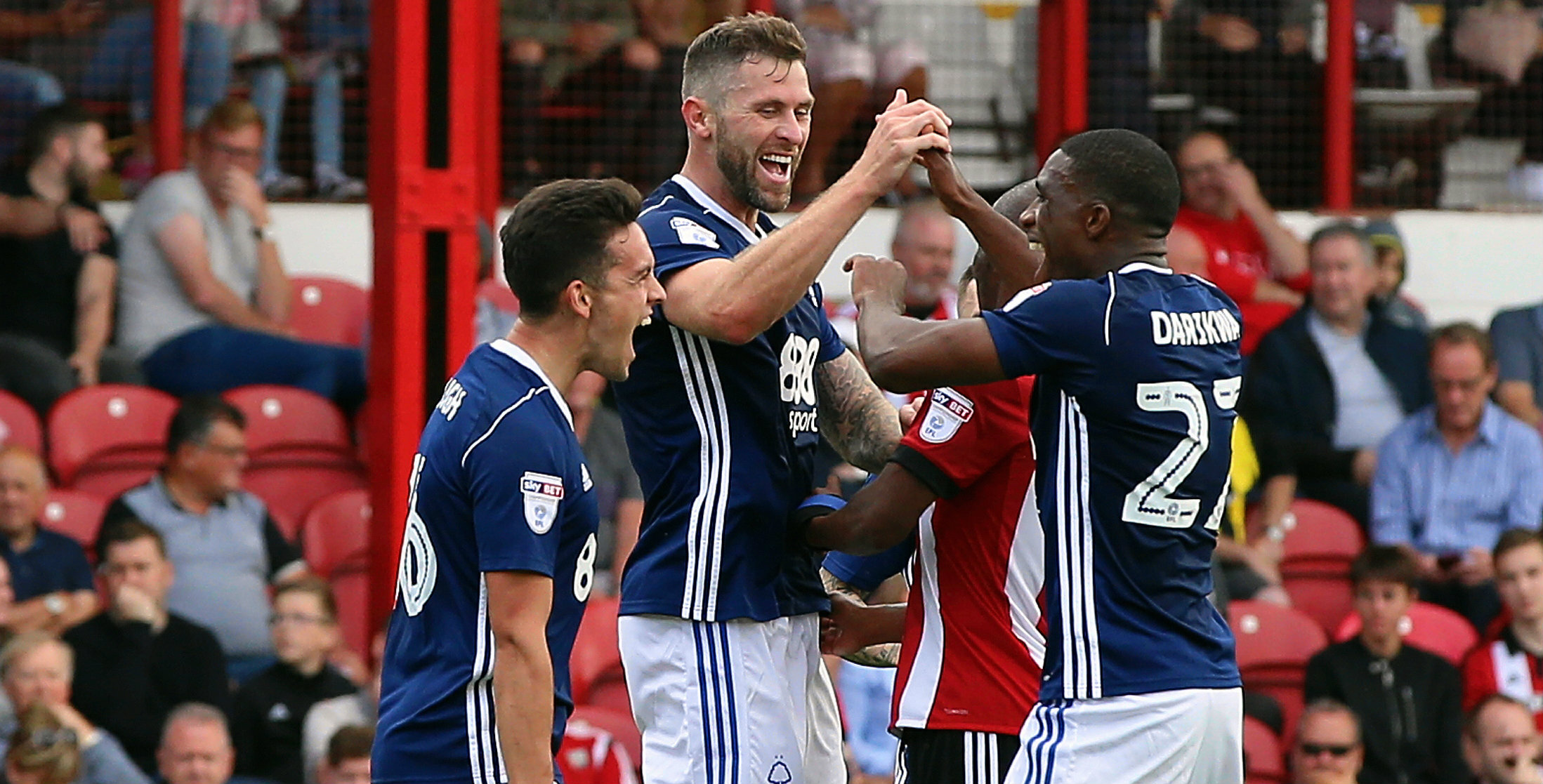 Andreas Bouchalakis scored two brilliant goals in an extraordinary game as Mark Warburton made a winning return to Griffin Park.

The Greek midfielder, a summer signing by Nottingham Forest’s former Brentford boss Warburton, equalised with a thumping, right-footed 25-yard volley after John Egan had put the home side ahead.

Daryl Murphy made it 2-1 and, incredibly, Bouchalakis struck again a couple of minutes into the second half, this time with a spectacular left-footed effort.

Summer signing Neal Maupay scored in injury-time with a left-footed shot from near the edge of the penalty area – his first goal for Brentford – but Forest held on.

Egan scored seven minutes before half-time but his team trailed at the interval after Forest scored twice in as many minutes.

Lasse Vibe and Jota went close for the Bees before Egan’s header from Florian Jozefzoon’s left-wing cross went in off the far post.

Brentford, with Harlee Dean left on the bench, seemed to be in control but Bouchalakis levelled out of nothing and then fired against the post, with Murphy tapping in the rebound.

The Bees battled on after Bouchalakis’ second cracker, with Josefzoon hitting the post with a free-kick before Bjelland netted only for Forest’s two-goal cushion to be quickly restored.