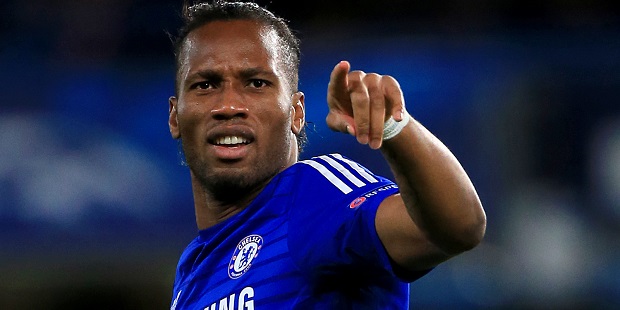 In 2012, Chelsea became European Champions for the first time in the club’s history, triumphing over Bayern Munich on penalties in the Final. The night will forever be remembered by the Stamford Bridge faithful, and by manager Roberto di Matteo, who defied critics to deliver Europe’s biggest prize to the club.

In this article, we will relive Chelsea’s Champions League campaign, from the group stages all the way through to that faithful night in Munich, where, following defeat to Manchester United in the 2008 Final, the Blues triumphed to become the fifth English club to win the competition.

Chelsea earned automatic qualification for the group stage of the Champions League and were drawn in Group E, alongside Bayer Leverkusen, Valencia and Genk. The top two would qualify, with the third spot continuing instead in the Europa League.

The Blues made the perfect start to their European campaign, easing to a 2-0 win over Leverkusen thanks to second-half goals from David Luiz and Juan Mata. A draw away at Valencia in round two consolidated the positive start, although they were disappointed to see a 1-0 lead slip in the 86th minute, when Roberto Soldado slotted home a penalty.

They put that disappointment behind them in emphatic style on Match Day 3, smashing five past Genk, including a brace from Fernando Torres, to leave them in an excellent position to secure qualification. A draw in the return fixture against the Belgian side followed, before a defeat to Leverkusen in Germany, but a superb performance and 3-0 victory against Valencia on the final day secured top spot and a passage into the knock-out stage.

A trip to Italy to face Napoli would await Chelsea in the last 16, and a 3-1 defeat – after they’d gone a goal in front – saw their hopes of progress hanging by a thread. But the Blues pulled off a comeback at the Bridge, winning the tie 3-1 and sending matters into extra-time, where Branislav Ivanovic would pop up 15 minutes in to make it 4 for the hosts and win the tie.

Benfica would be Chelsea’s opponents in the quarter-final, and a more measured display in the first leg saw them to return to England with a 1-0 advantage. An early penalty from Lampard added to the Blues’ cushion, before Raul Meireles made sure of progress after Javi Garcia had equalised five minutes from full-time.

Di Matteo’s men were now just one win from the Final, but one of Europe’s biggest clubs stood in their way – Barcelona. However, a Didier Drogba goal in added time at the end of the first half gave Chelsea the advantage and they held on to take a 1-0 lead with them to the Nou Camp.

An almighty battle awaited, and goals from Sergio Busquets and Andres Iniesta turned the tie on its head in the first half. To make matters worse, captain John Terry was sent off, but Ramires netted just before the break to change the course of the fixture again before Torres streamed away in the 92nd minute to score one of the most iconic goals in Chelsea history. It would be enough to secure their place in the Final.

Chelsea booked their place in the Champions League final, earning a 2-2 draw with Barcelona at the Camp Nou despite John Terry’s first half dismissal #UCL

These days, in a crowded Premier League title race and an ultra-competitive European scene, Chelsea aren’t well fancied in the betting odds, with frontrunners Liverpool stealing the spotlight both domestically and abroad. While many take advantage of Chelsea’s longer odds to make choice football bets from Space Casino and other online platforms, the Blues are yet to be in contention to win either major prize. And it was a similar story in 2012, as they headed into the cauldron-like atmosphere at Bayern’s own Allianz Arena home as underdogs.

The German side had also overcome Spanish opposition in the last four, edging past Real Madrid on penalties, and the Final would also be decided by a shoot-out.

A nervy first 80 minutes saw few chances, although Petr Cech was called into action on more than one occasion for the Blues. Thomas Müller would eventually break the deadlock in the 83rd minute, but there was still time for Drogba to strike and salvage the tie for a desperate Chelsea side,

Chelsea go on to win it on penalties 🤩

Extra time saw no winner emerge and when Mata missed his first penalty, and Bayern hammered home their first three, the writing appeared to be on the wall. But misses from Ivica Olic and Bastian Schweinsteiger, and goals from Lampard, Drogba, David Luiz and Ashley Cole, saw Chelsea crowned Champions.

It was a breathless finish to an incredible campaign for the Blues, capping a campaign that will never be forgotten by supporters.