Ranking every Chelsea manager in the Abramovich era

Almost overnight, the Russian oligarch transformed the Blues from mere top four contenders to league champions, but his reign has been blighted by a high frequency of managerial sackings. Excluding caretakers that served less than ten games in charge, we rank every Chelsea manager prior to Frank Lampard ever to serve under Abramovich.

Some projects were just never meant to work out, and Villas Boas’ spell in West London was a disaster. Despite seeing his Chelsea team win six of their first eight matches in 2011/12, October heralded the first signs of trouble, with a 1-0 defeat at rivals QPR, which was shortly followed by a 5-3 home drubbing against Arsenal and a succession of draws later in the autumn.

After a run of just three points from twelve in the final fortnight of December, the title was long gone. In reality, the final straw was a 3-1 defeat at Napoli in the Champions League round of 16, which appeared to spell the end of the Blues’ interest in that competition.

Merely acting as a stopgap prior to Antonio Conte’s arrival, Hiddink’s return to Stamford Bridge saw him inherit a squad mired in relegation trouble. Chelsea escaped easily enough, but won precisely nothing in 2016, making a longer-term stay impossible.

Experienced, vociferous and a born winner, Scolari seemed to be cut from the same cloth as Jose Mourinho when he was appointed Chelsea manager. By the end of November 2008, Chelsea were firmly on course for a title challenge, but won just four of the following ten games. On 9 February 2009, once the Blues were realistically out of the title race, Abramovich’s axe swung once again…

Grant won exactly the same number of trophies as Scolari at Chelsea, but registered a higher win rate, and lasted significantly longer in the job. He also had the unenviable task of replacing Jose Mourinho early in the 2007/08 campaign, and couldn’t quite motivate his men in the same unique way.

Naturally, he would be far higher in this list, had a certain Champions League final shootout in Moscow swung Chelsea’s way.

After the sacking of Roberto Di Matteo in the autumn of 2012, the Chelsea hotseat was a truly poisoned chalice. Only a man of Benitez’ experience and composure could steady a season that could have lurched into chaos, rebellion and disaster. After a return of just two points from the first nine under Benitez, Chelsea lost just four more times across their last 23 games – and won the Europa League.

As a mere interim manager, Hiddink had no time to make the squad his own. However, a win-rate of 71% is the best conjured by any manager under Abramovich, and he also masterminded Chelsea’s recovery in the 2009 FA Cup final, after they infamously conceded in record time to Everton’s Louis Saha. 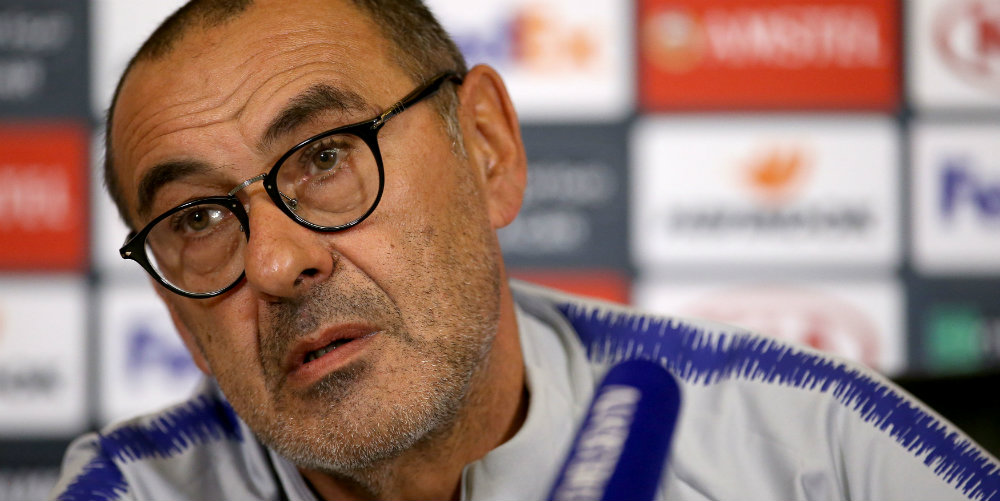 Chelsea made a fantastic start to 2018/19, winning the first five games but falling away quickly. The Blues lacked a certain edge, and with a transfer ban looming – along with the ever-growing likelihood of Eden Hazard’s departure – they found the league campaign somewhat torturous.

Ancelotti’s first season at Chelsea (2009/10) was a true vintage, with the Blues grasping the league title back from Manchester United after three seasons of hurt. Winning the FA Cup marked the completion of a double that suggested Ancelotti was a long-term stayer.

However, it did not prove so, and after a trophy less second season with the Blues, Ancelotti was mercilessly sacked in the tunnel just minutes following his finale, which was a 1-0 defeat at the home of future club Everton.

Di Matteo is ample warning to Lampard that even club legends are not immune from a harsh sacking. He inherited a squad very low on confidence, and could manage only a meagre 6th-placed finish. However, he masterminded a stirring comeback win against Napoli in the Champions League round of 16, en-route to a winning final.

Mourinho returned to Stamford Bridge nearly six years after the end of his first term in office. His first order of business was to revamp the squad, and no expense was spared in signing Willian and Andre Schurrle amongst a raft of other players. Chelsea lost six games en-route to a third-place finish in 2013/14.

The following season, they were champions again, staying top at the end of every gameweek bar one, losing just three times and remaining unbeaten at home. Within six months of Chelsea’s third title win under Mourinho, however, the entire project had unravelled disastrously – and the ‘Special One’ departed.

Like his countryman Ancelotti, Conte was a victim of his own success in his maiden season at Chelsea. They won the league with ease in 2017, coming to within two points of matching the ‘unbeatable’ 95-point tally set by themselves in 2004/05. Powered by a midfield comprising of Willian, Hazard and Pedro at their deadly peak, it seemed as though nothing could stop Chelsea.

The fall from grace was magnificent, with Conte’s short-term success ultimately failing to compensate for the apparent lack of chemistry in the dressing room. 2017/18 saw Chelsea plummet to fifth, with the FA Cup being scant consolation for the doomed Conte.

Chelsea were in a mess when Claudio Ranieri took over from Gianluca Vialli as the club’s manager nearly 20 years ago. He steered them away from the abyss, and the rest is history.

Less than three years after Ranieri’s appointment, Chelsea finally getting that fate-changing fourth place finish after beating Liverpool on the final day of 2002/03. He spent with reasonable shrewdness in the summer of 2003, and guided Chelsea to second place.

That was not enough in the eyes of Abramovich. In the first sign of a ruthless trend to emerge, Ranieri was off, to be replaced by…

It was never going to be anyone else. Mourinho won the Premier League with Chelsea on his first attempt, and the 95-point tally with which the Blues swept home was untouchable for thirteen long years.

His second campaign was also insultingly easy, with the title race as good as over by Christmas, and his legacy will be that of a man who set a new bar for Chelsea which will never be lowered.