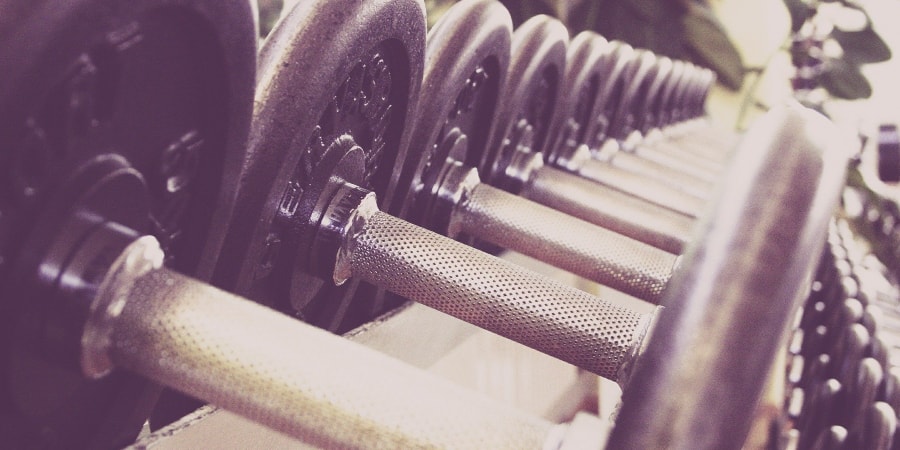 Has Jeff Cavaliere of Athlean-X been using fake weights? And if so, does it matter?

For those who don’t know who Jeff Cavaliere is, he was previously the head physical therapist of the New York Mets and now owns a hugely successful YouTube fitness channel.

That channel, which is linked to his Athlean-X website, has a massive following of several million subscribers.

Make no mistake about it, Jeff Cavaliere is a global star in the fitness industry.

So much so that I, a humble west London-based personal trainer thousands of miles away, have come across numerous clients and would-be clients who are avid viewers of his.

They see him as the go-to guy when it comes to fitness tips. And so do I.

Clearly the coronavirus lockdown and the resulting lack of sporting action has messed with people’s heads.

In the last couple of weeks there has been much, totally pointless, hand-wringing among the YouTube fitness community over whether Cavaliere uses fake weights in some of his videos.

The YouTube judge and jury have decided he has – and he does appear to in some videos – but does it matter? I’d argue not.

Athlean-X is a brand and its frontman appearing to lift heavier weights than he actually does would simply be a marketing ploy. Big deal.

The main issue is surely the quality of the content and advice on offer. And the quality is second to none.

As a fitness professional, I continually learn new things from Cavaliere. So do some of the major stars of sport and entertainment he works with.

So it goes without saying that the average person looking to improve their fitness and/or physique can learn a great deal from him as well.

Take, for example, a video of Cavaliere performing deadlifts which has been held up as evidence that he is using fake weights.

The weight on the bar is not the issue. It’s the quality of advice which matters.

In that sense, the advice he always gives regarding the deadlift is absolutely spot on.

The direction to treat the beginning of the deadlift like a leg press and the exercise itself as a pushing rather than pulling movement hits the mark perfectly. I use these prompts with clients. It’s excellent advice.

Getting the job done

That might sound a bit too minimalist, but it gets the job done – deadlift for power and a single-leg movement like split squats for a total leg workout in its own right. This approach works.

His advice for the upper body is similarly useful. His chest workouts, for example, are excellent.

Another thing I like about Cavaliere – and why I encourage clients to view his content – is that he mixes original ideas with a tried and tested reliance on compound lifts.

He is also a qualified physical therapist and his advice on injury prevention and rehabilitation is, I would argue, unrivalled online.

I’ve lost count of the number of times I’ve tapped into his knowledge to help clients – and occasionally myself – deal with various injuries.

This is particularly the case when it comes to shoulder issues. His body of work on this subject is outstanding and has helped many people, myself included.

A shoulder problem can hamper any fitness programme his advice on the subject is invaluable.

So what weights he lifts and whether there’s some marketing involved is irrelevant.

Cavaliere knows his stuff and I’ll continue to advise clients to make the most of the extraordinary body of work he’s made available – for free – on YouTube.

Dan Brooks is a west London-based personal trainer who will be publishing a book on diet and fitness later this year.