How Important Are Match-Going Football Fans? 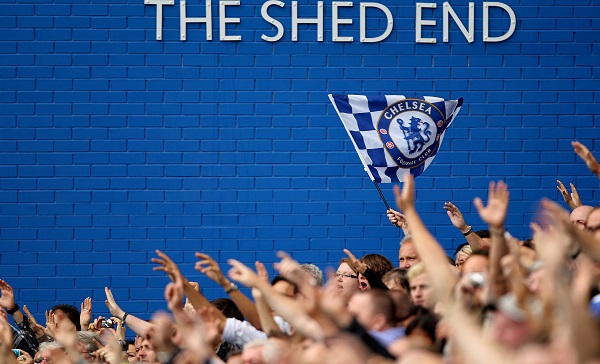 The 2020 COVID-19 crisis has made the sports world realize the importance of the audience. When it comes to football, the match-going enthusiasts are called the 12th man of the game. The reason behind it is that the audience presence actually has a great impact on the performance, results, and game overall.

It will take some time for the football fans to get accustomed to the new normal caused by the pandemic. With mass gatherings banned until further notice, arenas will remain empty.

The Necessary Part of Any Football Game

And apart from the clamour and noise they produce by cheering, match-going football fans are also contributing in another way with their presence. As one of the inseparable parts of any sports until 2020, the audience also contributes by betting on their favourites at best casino sites with no wagering requirements. In the period before all the social-distancing rules, or to be precise in the 2018/19 season there were 14.5 million people who attended the Premier League games. Roughly translated, more than £677 million were spent by fans.

When sports events resumed, the absence of fans was more than noticeable. Games without an audience have a bad impact on teams’ performance and the overall feeling that something is missing is everpresent. The inability to feel the hype of the crowd changed the way people perceive football nowadays.

Besides, the audience and their positive influence are what the athletes play for. As former West Ham captain Alvin Martin said “They (audience) set the stage for you. They enhance the feeling of the game and the worth of it.” He also added that playing in front of tens of thousands of people makes athletes feel special and important.

Supporters play a significant role in the performance of their favourite team. The power that lies in the hyped atmosphere of the crowd can indeed help the athletes give that extra push. Knowing that they expect a lot indeed can make the players feel under pressure or even nervous.

However, this often has a positive effect since it leaves the football athletes with a sense of responsibility – they will do whatever has to be done not to disappoint their fans. A dose of nervousness can also be healthy for a sportsperson’s mind, as it can help increase the levels of performance. Once you know how many people want you to win, it will automatically increase your desire to win. That psychological boost cannot be compared with anything, and no prize or money can be greater motivation than this.

The boost sportsmen get from the crowd is especially valuable when injuries are in the picture – which is often in the world of sports. Football players with injuries tend to go through a game with less trouble if the mood is right. Crowd cheering has the power to get the players to overcome the pain and remember why they are playing football.

Moreover, the impact of match-going fans is not strictly related to them being physically present. As already mentioned, wagerers who support their favourites by betting on them also give financial support. To be precise, every £1 million in £7 million earned in the Premier League is made from fan bets. It might not sound like too much, but it is a significant part of any football club’s revenue.

For example, Manchester United matchday revenue for the 2019 season was around £111 million. But not all the teams ear equally, some may earn a lot less. like Bournemouth, whose matchday revenue was £5 million for the same season. The sum is not insignificant, but compared to Manchester United, it is much lower. If nothing the money earned on matchday can be used for at least a portion of wages for players.

All in all, the absence of the audience many football clubs try to compensate with alternatives when it comes to income. Unfortunately, the pandemic situation is still affecting football and other sports, and no one can predict how long will it last. Reinventing the whole teams-audience connection is inevitable, and hopefully, the alternative will feel as good as attending football matches used to feel.