England among the Euro 2020 favourites – and rightly so 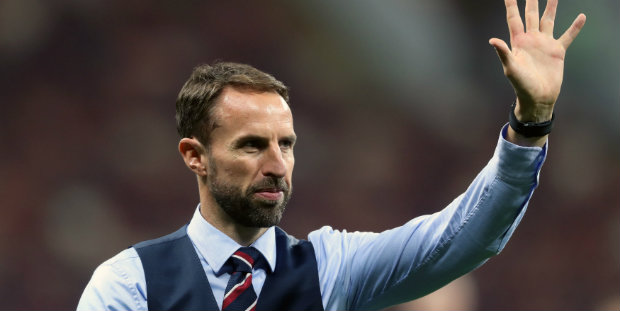 England are rated among the favourites for Euro 2020 – and with good reason. Even if skipper Harry Kane doesn’t recover from injury in time, Gareth Southgate has plenty of quality players to call upon and his team ought to be a major force this summer.

The strength of England’s chances is highlighted on pitchinvasion.net, where Southgate’s side are listed as second favourites for the tournament, behind France.

The French are also stacked with excellent players and certainly look like the team to beat. But hopes are high that England can win their first major trophy since the country’s famous 1966 World Cup triumph.

And there is likely to be a strong west London flavour to the tournament, with several players based in the area who are expected to be involved.

Following a spell in which ex-Chelsea man Gary Cahill was the Blues’ only representative in the England squad, there are now several in and around Southgate’s side.

Mason Mount and Ross Barkley are both strong options for Southgate in midfield, while Callum Hudson-Odoi’s return to fitness after a ruptured Achilles tendon means he is likely to be an option.

Tammy Abraham will be looking to play a significant role up front, especially if Kane misses out, while Ruben Loftus-Cheek could also force his way back into the frame if he can make a successful return from injury in the coming months.

In defence, youngsters Fikayo Tomori and Reece James could also be involved. James in particular has been hugely impressive since breaking into the first team.

Chelsea players will be involved for other nations. Skipper Cesar Azpilicueta will fancy Spain’s chances, while Antonio Rudiger will feature for Germany, Mateo Kovacic for Croatia and Jorginho for Italy. And while Michy Batshuayi has struggled for his club, he remains a key player for Belgium.

By the time the tournament comes along, there is every chance that Jadon Sancho could also be one of the Chelsea contingent. Blues boss Frank Lampard is known to keen on the young forward, who has been widely tipped to return to England from German side Borussia Dortmund this summer. The likes of Liverpool and Manchester United have also been linked with him, but Sancho was a Chelsea fan as a boy would surely jump at the chance of a move to Stamford Bridge.

Sancho is a great option for Southgate – one of many the England boss has at his disposal. It’s easy to see why the bookmakers rate England as potential Euro 2020 winners – although that injury to Kane is a worry.