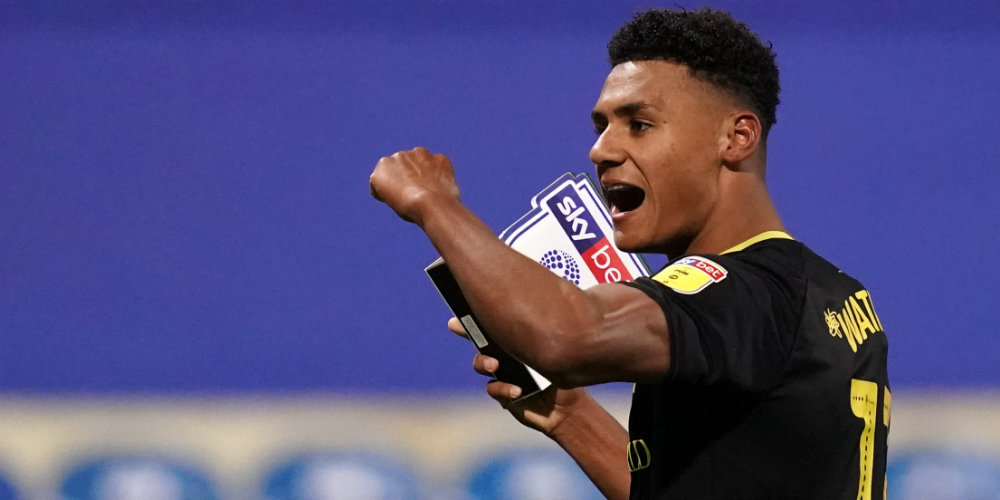 Ollie Watkins scored twice in another derby victory for Brentford.

Grant Hall’s equaliser had cancelled out Watkins’ 23rd-minute opener and QPR appeared to be in the ascendancy.

But Said Benrahma put the visitors back in front with a penalty just before the hour mark after Josh Scowen was controversially adjudged to have fouled Bryan Mbeumo.

And Watkins sealed the Bees’ win in the final seconds, slotting home with ease after being teed up by Mathias Jensen – the forward’s 10th goal of the season.

Watkins first goal of the night put Brentford ahead midway through a first half in which they were comfortably the better side.

He was allowed to drift away from R’s centre-backs Hall and Toni Leistner to head home Mbeumo’s right-wing cross.

Rangers, yet to keep a clean sheet this season, had been given a warning when Josh Dasilva carved open their fragile defence seven minutes earlier.

Mbeumo collected Dasilva’s pass and had a low shot pushed away by keeper Liam Kelly, who also kept out Watkins’ follow-up header.

It was a different story after the interval and Hall atoned for the lapse which led to Brentford’s goal by bringing the hosts level three minutes into the second half.

After Nahki Wells’ header from Ebere Eze’s right-wing free-kick was pushed away by keeper David Raya, the resulting corner by Eze from the same flank was headed in by Hall from close range.

However, Rangers’ revival was stopped in its tracks when Mbeumo, who seemed eager to go down despite contact being minimal, tumbled in the area.

While the award of the penalty was highly questionable, Benrahma left no room for doubt with his spot-kick, which he fired into the top corner of the net, giving Kelly no chance at all.

Rangers dominated second-half possession but were vulnerable on the counter-attack and Kelly kept them in the game by denying Benrahma after the Algerian had been put through by Watkins’ clever flick.

Kelly also produced a fine save at his near post from Watkins, who ended up having the final say on a hugely disappointing night for QPR against boss Mark Warburton’s former club.

A win would have taken Rangers up to second in the Sky Bet Championship table, just a point behind leaders West Brom.

But they stay eighth, while Brentford’s second successive away victory moved them up to 12th – three points short of the play-off places.