Twenty-five years reporting on QPR: who were the most likeable managers?

West London Sport’s Paul Warburton, previously sports editor of the Fulham Chronicle, has covered the area’s clubs for 25 years. Here he looks back at his relationships with the numerous managers QPR have had during that time. 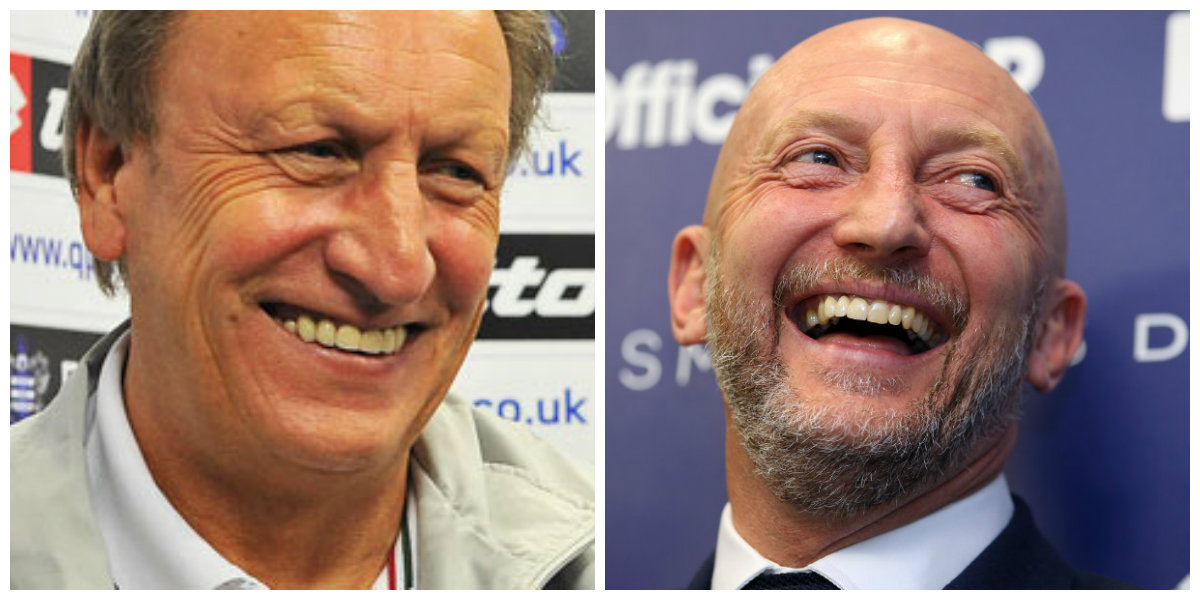 Over many years of reporting on QPR I got to know the many managers.

If you’re in front of the boss every week, you pick up more than quotes and reactions to matches.

Here is a wholly subjective list, based not on their success in the job but on their friendliness and agreeability and dealings with media.

Starting with the best and headed on down…

The best of the best.

Funny, engaging, generous and outgoing – and he came to our wedding!

Had a great for a line for just about every occasion.

As he once said: “I get bored at press conferences sometimes, so I’m wondering what it must be like for you? So I try to make it interesting.”

Like Ollie and Iain Dowie, would call out of the blue and on birthdays to wish one well.

Warnock was more than helpful, and even easier to get along with than Holloway, who could be prickly if things weren’t going well.

How can anyone not like a bloke who sings in a rock band and would rather talk about The Doors than football?

Sees the funny side in most things and therefore is balanced and willing to work with the media.

A manager who always returned calls and made a point of doing so.

Not as successful as he would have liked, but was engaging, friendly and helpful.

Dowie’s gamekeeper-turned-poacher move after he joined the media circus tells you much about his working with the press.

Likeable and helpful, both as player and (short-term) manager.

‘Choppy’ also has a sense of humour and was helpful, albeit from a character who seemed to be fighting shyness for the most part.

A friendly guy with a sense of humour.

My namesake claims he’s not bothered our name is mispronounced by so many people – but his dad is!

Mostly agreeable even if answers tended to mirror the sideways pass his critics labelled as typical of his playing style.

He snapped when the R’s were about to be relegated from the top flight in 1996 and banned yours truly for a few games.

But he was easy enough to work with and always on the end of a phone.

Another who was comfortable with himself and willing to be amenable.

Sharp as a tack and media savvy.

He once returned a call at 2am claiming it was his first opportunity of the day!

He was willing to broker stories, but was pushy when it came to what was expected in return.

A manager who preferred to talk about Bruce Springsteen rather than QPR.

Could be difficult, but was mostly open and relatively easy to get on with.

Volatile and challenging, but engaging.

His tenure came to an abrupt end after a dressing room clash at Watford with Akos Buzsaky – and there was something in Big Jim’s character that suggested his blue touch paper was ever ready to be lit.

Made it plain he had no time for local press. In the Championship, when media interest in QPR waned, he would walk into the press room and exclaim: “Standing room only!” to a near empty space.

He once tapped away on his phone in the middle of a local-press conference. But he was certainly newsworthy.

Sparky’s relationship with just about everyone was summed up when he explained he liked it best first thing in the morning on his own walking the dogs.

Frankly, Hughes was hard work – and he knew it.

OK, but without pulling up any media trees.

The Italian’s English was poor and this excuses him.

Again not the most engaging, or frankly that interesting.

I don’t think McClaren ever recovered from the ‘wally with a brolly’ tag given to him when he was England boss.

The answer to almost every question put to the Dutchman was: “It is what it is”.

Maybe it was because English is his second language, but JFH came across as going through the motions at most press conferences.

I’m not sure anybody, including those closest to him, got on very well with the Portuguese.

He did all media begrudgingly. which he made it patently obvious throughout any press conference.

Taciturn and difficult, if only for the short time he was in charge.

Hart or Harford come from the same mould as looking and sounding uncomfortable around media.

When asked what positions he wanted to strengthen, responded with a one-word “everywhere”.

“Even keeper, where you’ve got three, Stewart?”

“Are you trying to be funny?” he shot back.

It summed it up perfectly.