QPR through on penalties but Bees are out

QPR beat Bristol City on penalties to reach the second round of the Carabao Cup, but Brentford are out after losing to League Two side Cambridge United – also on penalties.

Rangers, who will be at home to Portsmouth in the next round, prevailed 5-4 in the shoot-out after an entertaining 3-3 draw at the Kiyan Prince Foundation Stadium, where Ryan Manning kept them in the tournament with a late equaliser and there were also goals for Nahki Wells and Ilias Chair.

That put QPR in a strong position but, after Matt Smith hit the bar and Yoann Barbet’s kick was saved, the shoot-out went to sudden death.

Chair and Luke Amos then netted for the R’s and Kelly saved Bailey Wright’s penalty to clinch victory.

Earlier, Diedhiou rounded keeper Kelly and scored from an acute angle before Wells equalised with a thumping right-footed shot a minute later – the striker’s first goal since returning to QPR for another season on loan.

And Wells was involved in the slick move which led to Chair putting Rangers ahead.

Wells cleverly found Marc Pugh, who pulled the ball back for Chair to apply the finish.

However, City hit back shortly before half-time through Jack Hunt’s brilliant strike and went ahead just before the hour mark with an even better goal – a stunning free-kick from Liam Walsh.

Rangers responded and Wells hit the underside of the bar with a long-range effort before winning the penalty which led to Manning hauling them level.

Wells went down under a challenge from Walsh and Manning tucked away the resulting spot-kick, paving the way for Rangers to eventually get through.

Brentford, meanwhile, drew 1-1 at Griffin Park and needed an equaliser from Marcus Forss to take their game to penalties. 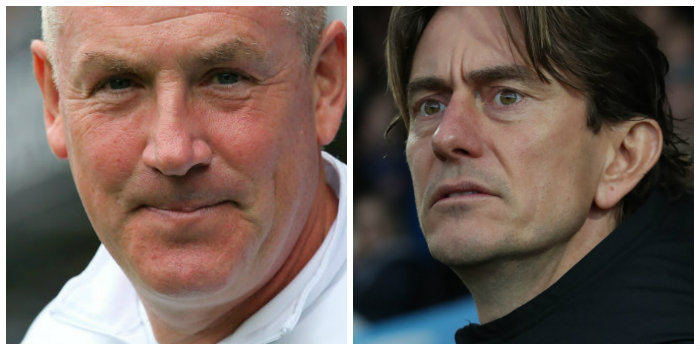