QPR win at Stoke in dream start under Warburton 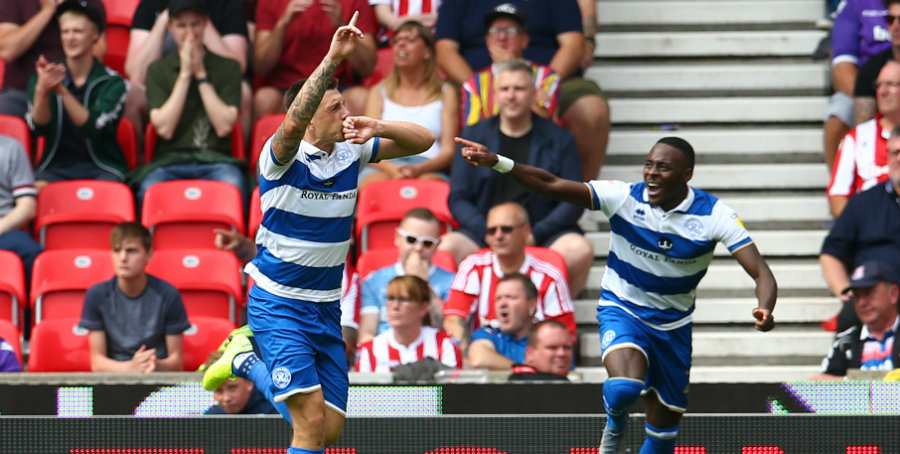 Hugill scored eight minutes into his debut and Eze doubled Rangers’ lead with a sublime goal early in the second half.

Sam Clucas pulled a goal back for Stoke with a close-range finish with 13 minutes remaining.

But Warburton’s side held on to clinch the club’s first away win on the opening day of the season since a 3-0 triumph on Paul Parker’s debut at West Ham in 1987.

Geoff Cameron, playing against the club he recently left to join the R’s, was involved in the build-up to both their goals.

Cameron picked up the ball in midfield and played a perfect pass to Bright Osayi-Samuel, whose cross from the right was misjudged by keeper Jack Butland deflected into the path of Hugill, giving the on-loan West Ham striker a simple tap-in.

And a swift move from back to front culminated in Eze breezing past two challenges before firing into the bottom corner.