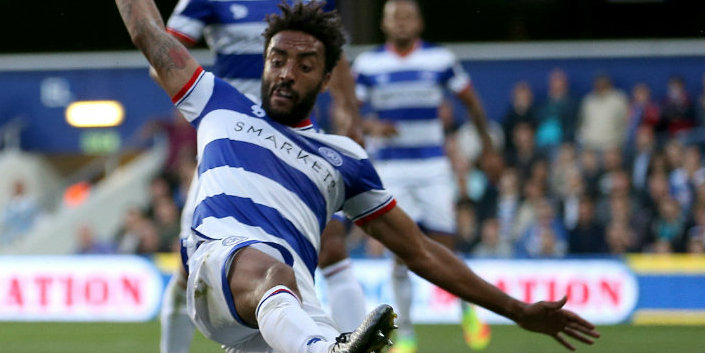 Jonjo Shelvey scored twice and there were also goals for Ayoze Perez, Ciaran Clark, Aleksandar Mitrovic and Grant Hanley as the Magpies, who were twice denied by the woodwork, stormed to their fifth consecutive win.

James Perch was stretchered off on a diabolical night for Rangers, who were completely overrun.

Newcastle went ahead in the 12th minute, when Shelvey’s shot took a deflection off Karl Henry, wrongfooting keeper Alex Smithies.

And they doubled their lead on the half-hour mark when Perez collected Matt Ritchie’s delivery and scored at the second attempt after his first effort had been blocked by keeper Smithies.

Shelvey’s second came three minutes into the second half and was a beauty, the midfielder curling a glorious shot into the top corner of the net from 25 yards.

Clark made it four with a header from Ritchie’s 56th-minute corner from the right.

And when Clark’s scuffed volley on 79 minutes dropped to an unmarked Hanley, he fired home to complete the rout.

Newcastle dominated from the start and thought they had gone ahead when Shelvey’s shot was diverted into the net by Perez, but the Spaniard was offside.

It was only a temporary reprieve for QPR, who switched off and were punished when Mitrovic broke down the left following Ritchie’s quickly-taken throw and found Shelvey, whose shot ended up in the net.

A goal down and being completely outclassed, there was more trouble for Rangers when Perch, playing against his former club, was stretchered off with what looked like a knee injury following a challenge near the halfway line.

Perch, who was replaced by debutant Pawel Wszolek, had been deployed on the right of midfield in a 4-4-1-1 formation adopted by Rangers boss Jimmy Floyd Hasselbaink in an attempt to contain Newcastle’s attacking threat.

But there was no stopping Rafael Benitez’s side, who somehow managed to dominate the second half even more than they did the first.

Shelvey’s strike and Clark’s goal put them in total control before Smithies temporarily denied them a fifth goal by tipping Mitrovic’s header from Isaac Hayden’s cross on to the bar.

Mitrovic eventually netted and Hanley’s goal condemned QPR to their heaviest home loss since Arsenal beat them by the same scoreline in an FA Cup tie in 2001.

And it was nearly seven – Atsu blasted against the underside of the bar in the final minute after the outstanding Perez had pulled the ball back from the left.