QPR to recall Furlong and Doughty 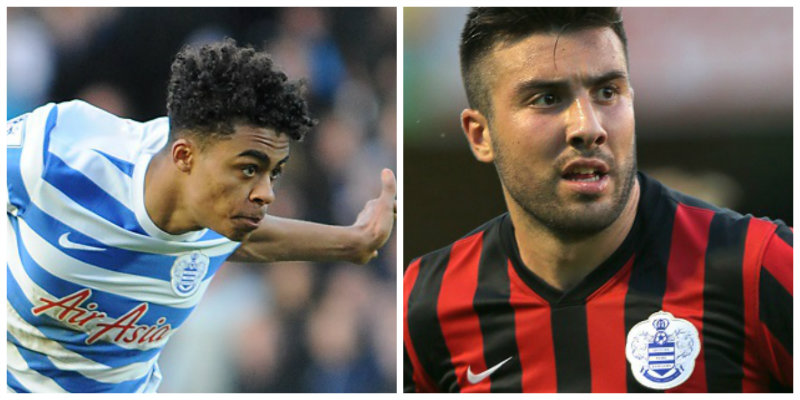 Darnell Furlong and Michael Doughty are set to return to QPR next month.

Ian Holloway wants both players at Loftus Road and Rangers plan to recall them from their loan spells at Swindon.

A clause in both season-long deals enables Rangers to take them back in January.

Right-back Furlong, 21, has made 25 appearances for the Robins this season, scoring twice.

The son of former R’s striker Paul Furlong has made five first-team appearances for QPR and previously been on loan at Cambridge United and Northampton.

Midfielder Doughty, 24, is in his second loan stay at Swindon and his seventh loan spell away from QPR in total. He has also been at Stevenage, Aldershot, Gillingham, Crawley and St Johnstone.

Holloway spoke enthusiastically about both players seeing them in action last month.

The day after his return for a second spell as Rangers manager was confirmed, Holloway fulfilled his final obligations as a television pundit at Swindon home game against Charlton.

“I watched Darnell Furlong and Michael Doughty. I was buzzing! They played so well the both of them,” Holloway said.

“It was like, ‘wow!’. Fantastic. They’re tender but the young one (Doughty) has got 140 games under his belt already.

“When I met them afterwards it was just fantastic. And if I can help young Furs after I helped old Furs – it’s just unbelievable.

“Furs (Paul Furlong) got hammered and I stood up for him. I told people to come to my garden and take me on. You’ve got to stand up for your players.”