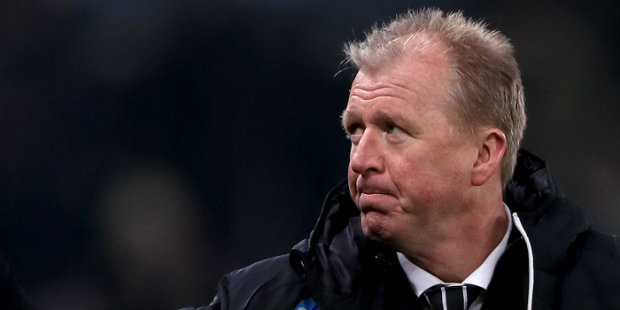 QPR boss Steve McClaren said Nahki Wells’ first goal for the club was the perfect end to a resounding victory against Sheffield Wednesday.

Rangers won 3-0 at Loftus Road, where Wells, on as a substitute, fired home with seven minutes remaining after goals from Tomer Hemed and Luke Freeman.

Striker Wells has been excellent since arriving on loan from Burnley but has endured frustration in front of goal.

“The spirit of the squad – the players are more delighted for Nahki than anybody,” McClaren said.

“That was perfect for us, for him to do that. He’s been frustrated but he’s never stopped working.

“He’s been great for the team and if you keep working and keep making runs you will score goals.

“He knows that and hopefully he’ll go on from this. Nahki has played really well and been unlucky on occasions but tonight has got his reward.”

It was the third win of a four-match unbeaten run for Rangers, who have recovered well since losing their first four league games under McClaren.

Hammered 7-1 at West Brom and then beaten 3-0 at home by Bristol City during that nightmare start, Rangers have lost just two of their subsequent 10 league matches.

That has been in no small part down to the impact of Wells and on-loan Brighton forward Hemed.

McClaren said: “After four games we had no points. We were in a pit. But we made good signings in Hemed, Wells and Geoff Cameron, who I thought was excellent.

“We made signings after those first four games and have found a system and a way to play that suits the players. They’re responding and getting good results.

“This was hugely satisfying. It was a big test for us against a very strong side. We defended magnificently and that was the platform to winning.”