QPR dramatically fought back from 3-1 down at Reading to draw 3-3. Here’s how we rated the Rangers players.

Could do little about any of Reading’s goals and largely had little to do but pick the ball out of his net three times. Was uncharacteristically awry with some of his distribution on more than one occasion.

Was caught out by a late run from John Swift, who got in front of him to sweep home Reading’s equaliser. Too easily turned in the build-up for the former Chelsea youngster’s hat-trick goal. However, he atoned somewhat by beginning the move that led to the equaliser.

Almost an unhappy return to his former club. Made a magnificent goal-saving tackle to deny Puskas after the Rangers defence were once again caught out by a ball over the top. But like the rest of the back three he was powerless to stop the excellent Swift.

Set up QPR’s opener with a fine header across the box from a Stefan Johansen free-kick. Was solid otherwise. Still to taste defeat in a match he has played the full 90 minutes in since joining from Hull.

Had his hands full at times as Reading attacked the Rangers left through Andy Yiadom and Alen Halilovic. Was involved in the melee in the box that led to Johansen’s equaliser when his shot was parried by Rafael and dropped to the Norwegian.

Struggled to make an impact down the left flank against the excellent Yiadom and battled at times to contain the impish Halilovic. Deserves credit for his persistence as he continued to press forward before being taken off 15 minutes from time.

Oozed class on the ball at times and his perfectly-weighted free-kick led to Rangers’ first goal. Grabbed what seemed an improbable point when he drilled home a dramatic equaliser. 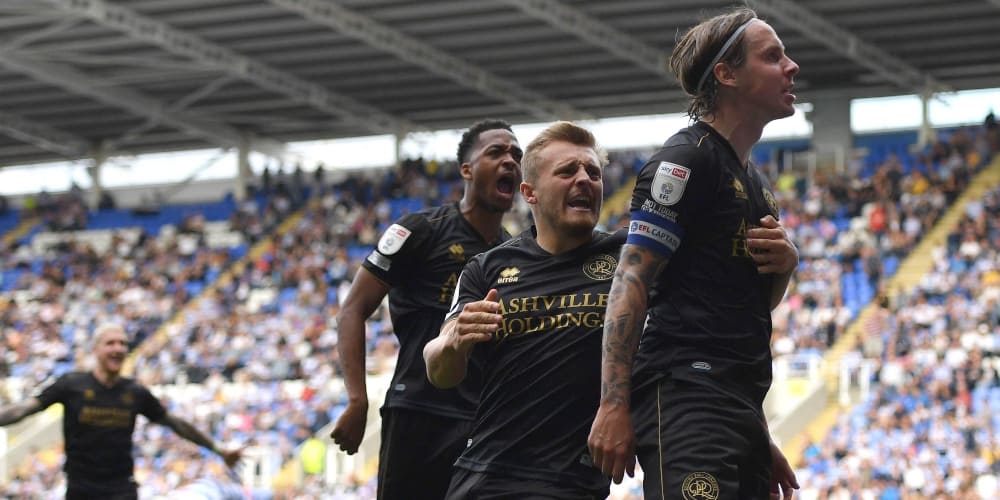 On the spot to give Rangers the lead albeit via the help of a deflection off Michael Morrison. Should have done a whole lot better for Reading’s second goal when he was caught flat-footed and allowed Swift to turn and score from the edge of the box. As ever he put in a real shift in the middle of the park.

Worked hard and showed some nice touches despite being kicked from pillar to post by Reading’s uncompromising defence. Took a heavy knock and looked to be limping off when he was caught of fthe ball by Liam Moore but stayed on the complete the match.

Another excellent performance. A constant threat to the Reading defence and was Rangers’ best attacking outlet. Recycled the ball at the back of the six-yard box to keep alive the move for Johansen’s goal and almost won it with a volley on the turn that just whistled over.

A game to forget for the striker. Was twice teed up by Willock in the six-yard box only to have the ball nicked off his toes. Should have put Rangers 2-1 up from close range but shot straight at the keeper.

Turned the game after his introduction as a substitute 20 minutes from time. Tore Chelsea loanee Baba Rahman apart to lead the Rangers fightback. Set up the second goal for Andre Gray with a beautiful low cross and was heavily involved in the third goal.

Announced his arrival with a goal on his debut after coming on as substitute for the disappointing Austin when he ghosted in behind the Reading defence to turn home Adomah’s cross.

Only came on for the last five minutes, but made an impact when his driving run from the halfway line after picking up the ball from Odubajo helped set up the equaliser