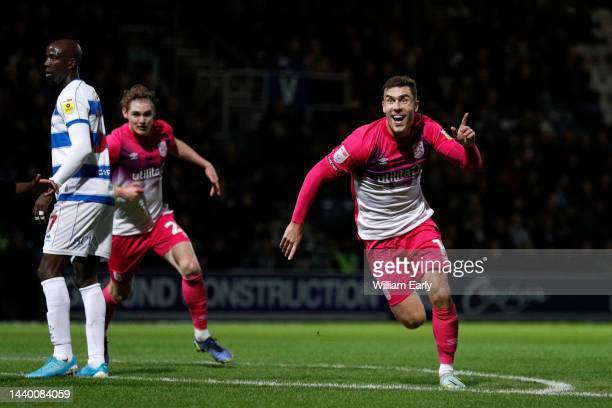 QPR were beaten 2-1 by Huddersfield on a disappointing night at Loftus Road. Here’s how we rated the Rangers players.

Made a big one-on-one save in the opening minute from Danny Ward but caught off his line by a juggling overhead kick from the edge of the box from Josh Ruffels to put Huddersfield in front. A spectator for most of the second half but on hand to turn away a Jordan Rhodes snapshot in a rare attack from the Terriers.

Outmatched physically for the first Huddersfield goal when the giant Michal Helik nodded down for Ruffels to score, but should have never been left in that position. Looked good going forward but sacrificed in the second half for striker Macauley Bonne as Rangers tried to find an equaliser.

Not at his best and was subbed at half-time for Jimmy Dunne following his least comfortable performance in a QPR shirt. Allowed Helik to get in front of Laird and win the crucial nod-down from a Sorba Thomas free-kick to find an unmarked Ruffels who fired into the roof of the net.

His poor header from a free-kick led to Huddersfield’s second goal, but otherwise he was mostly trying to set up attacks from the back as Rangers tried everything to force an equaliser.

Heavily involved in the build-up to Lyndon Dykes’ goal but conceded a needless free-kick that led to Huddersfield’s equaliser and his crossing was awry far too often as Rangers pushed hard in the second half for an equaliser.

A typically busy display in midfield. Won plenty of tackles used the ball well and did his job well.

Made a number of eye-catching runs from midfield, did everything he could to try and create something for his team but his efforts were in vain.

Stood watching while an unmarked Ruffels scored the equaliser, before almost restoring Rangers’ lead with a shot that just fizzed wide. Otherwise ineffective out wide with his crossing too often missing the mark.

Can never be accused of hiding or not trying to make something happen but too often his desire to score of find the telling pass for an equaliser seemed to be blocked by a Huddersfield defender. Still has a habit of trying to do it all himself and this saw too many speculative shots come to nothing.

On hand to give Rangers a dream start when he prodded home Chris Willock’s cross in his 100th appearance for the club. Worked hard as ever and almost found an equaliser only for his shot to hit the back of Huddersfield defender’s foot and deflect wide..

Set up the early goal with a fine run and cross and was a constant threat to the visitors but tired in the second half and was replaced by Taylor Richards.

An eventful 15-minute cameo that on another night could have seen him walk away with the match ball. Denied by the inspired Lee Nicholls with a 25-yarder that looked destined for the top corner, then again when the keeper tipped away a stopping close-range header before another shot was blocked on the line by a defender.

Given Rangers’ defensive woes from set-pieces in recent weeks while he has been out injured maybe he should have started the game? Didn’t have much to attack as Huddersfield sat deep hanging on to their lead. Tried to be a nuisance in the box.

Came on as a second half sub but his only major contribution was a meek header that went wide.