Hugill can be a Premier League player – Warburton 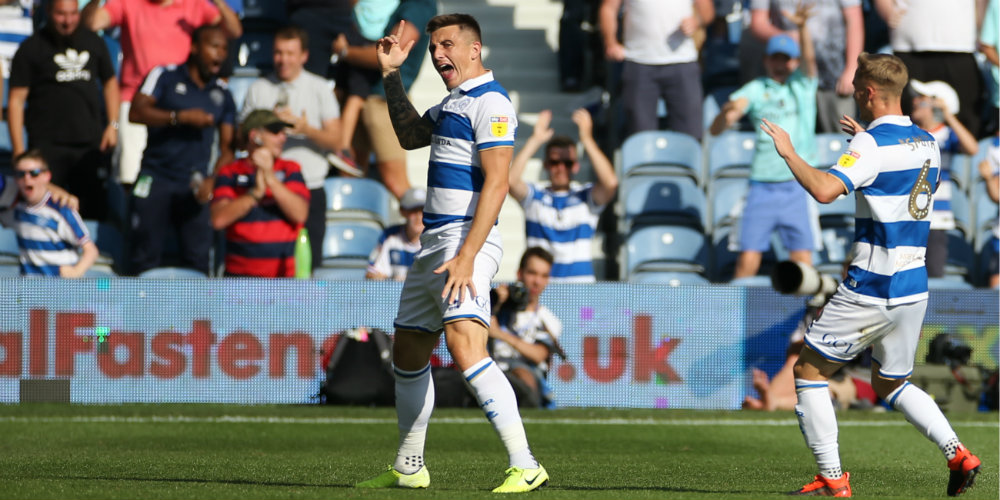 QPR boss Mark Warburton believes Jordan Hugill is capable of playing in the Premier League despite not making an impact at West Ham.

Hugill, 27, scored twice in Rangers’ 2-1 win at Sheffield Wednesday at the weekend.

He has already scored five goals this season – one fewer than he managed during the whole of last term while on loan at Middlesbrough.

Hugill has not started a match for West Ham since being signed from Preston in January 2018 – a deal which has attracted criticism from the east London club’s fans.

But Warburton insists the striker has what it takes to play in the top flight and prove his doubters wrong.

“He has a point to prove,” said Warburton, whose side are eighth in the table after their opening six matches.

“I watched him at Preston and he’s a handful. He’s a top Championship striker and he’s better than that, actually – he wants to go higher and he can go higher, absolutely.

“But he needs a stage to perform on and he needs chances. He’s getting that and I’m delighted for him.”

Meanwhile, QPR youngster Aramide Oteh looks set to join Bradford City on loan for the rest of the season.