QPR are just five points above the relegation zone following a 4-0 thrashing at Norwich. Here’s how we rated each Rangers player in the defeat at Carrow Road.

Unconvincing throughout. Flapped at several balls into his box and should have prevented the second goal but failed to keep out Marco Stiepermann’s shot.

Escaped much of the battering Rangers were subjected to in the opening 35 minutes as it mostly came on the opposite flank. The veteran defender was solid enough, had a left-footed strike saved, and showed his versatility by switching to left-back after Jake Bidwell went off injured.

Moved into centre-back. Tried harder than some of his team-mates but was often horribly out of position as Rangers were torn apart by Norwich’s passing and movement. Almost pulled a goal back when his second-half header was saved by keeper Tim Krul.

A truly abysmal performance. Not helped by a lack of protection in front of him, but Lynch’s half-hearted display was appalling to watch.

Went off in the first half after picking up an injury. Had endured a miserable 34 minutes as a complete lack of help from Luke Freeman and Ebere Eze enabled Norwich to cut through at will on the flank.

Did little of note on the right. His renowned work-rate and willingness to track back would surely have been better utilised on the opposite side, where Rangers were being carved open.

Totally failed to do his job of shielding the back four. Off the pace.

Anonymous for large spells. A complete non-entity of a performance.

So often QPR’s star man, Freeman had a total shocker. He switched off and allowed Max Aarons to wander free down the right to set up the first goal and he gave the ball away leading to the third. A woeful day at the office.

Showed his ability in flashes, with some fancy footwork and a cross to Furlong. The Eze-Freeman axis was Rangers’ undoing though, with their dreadful failure to track back causing all sorts of problems.

Isolated up front and looks short of confidence.

Again left out of the starting line-up. Came on for Bidwell and looked shaky, with a highly questionable ball inside to Freeman leading to the third goal.

Replaced Cameron just before the hour mark and was able to cover more ground.

Came on for the final 15 minutes and was lively, almost scoring when his shot nearly squirmed under Krul. 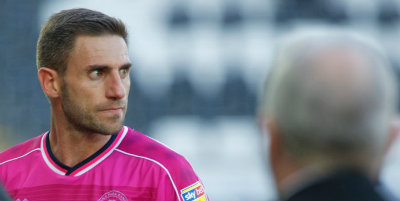