QPR produced an excellent performance against Leeds and were unlucky not to win. Here’s how we rated each Rangers player in the 0-0 draw at Elland Road.

Well protected by his defence. Calm when called upon and produced a smart first-half save to keep out Alfonso Pedraza’s shot.

Lacked composure at times, mis-hitting crosses in his eagerness to get the ball into the box. But he was full of running on the flank, linked up well with Pawel Wszolek and had a couple of attempts on goal. 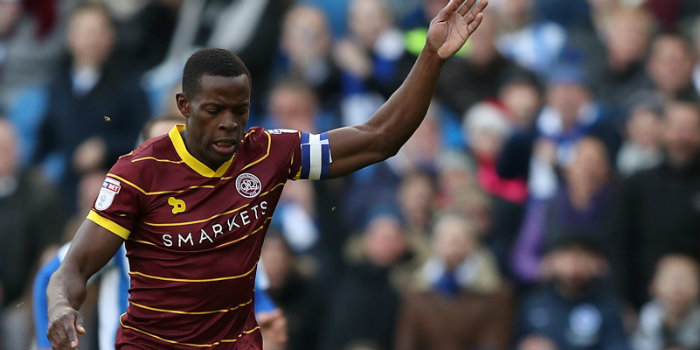 A terrific performance from the Rangers captain, who led by example at the back. Won numerous challenges, including a vital one late in the game to deny Hadi Sacko.

Clumsy at times and occasionally sloppy on the ball, but overall it was a very good display from the defender, who won everything in the air and gave Chris Wood very little.

A couple of misplaced passes aside, Bidwell had a very decent game on the left. He defended well and got forward often, delivering some dangerous balls into the box.

The irrepressible Pole got through a staggering amount of running in an outstanding performance. He seemed to be everywhere at times and showed plenty of quality too. Great stuff.

Excellent in what is effectively a dual role; a midfielder or a third centre-back depending on where he is required. Hall does the job extremely well, showing great awareness and understanding of the game.

Brilliant. Dominated in midfield and on two occasions rode a series of challenges to break towards the Leeds penalty area. His passing was superb too.

Another Rangers player who performed wonderfully well. He was unplayable during a spell in the first half and was always a threat to the Leeds defence with his skill and his deliveries into the box.

Not blessed with great technique, but Smith knows the target-man role inside out and does it well. He won numerous headers and went close to scoring either side of half-time. Worked hard against his former club and was given deserved applause by both sets of fans when substituted late in the game.

Will be disappointed not to have scored after creating two good chances for himself with clever turns away from defenders. His overall performance was magnificent, though, and like Hall he showed a great understanding of where he needed to be. When the time was right he was close to Smith and at other times he did a sterling job on the left-hand side, giving Luke Ayling major problems while preventing the Leeds man from getting forward.