Mark Warburton insists he has no doubt that a major overhaul was necessary at QPR.

A raft of signings and the departures of several players this summer means the squad has been transformed since Warburton took over as manager at Loftus Road.

But Warburton says he and his backroom team, director of football Les Ferdinand and chief executive Lee Hoos all agreed that radical changes were called for.

Warburton said: “You look at the situation and say ‘Do I go softly, softly here, or do we really throw a hand grenade in?’

“We looked at it and it was very, very clear what we needed to do. It was a case of what QPR need right now.

“We spoke to the CEO and Les and we were all agreed that we needed radical surgery.

That view was certainly held by John Eustace, who has reverted back to the role of assistant manager, having ended last season in interim charge following the sacking of Steve McClaren.

Eustace told the QPR hierarchy in April – and later told Warburton – that a complete revamp was needed in order to change the mentality around the club.

“I’ve spent many hours talking to John about the players and he made that clear to me as well – that it needed freshening up,” Warburton explained.

“There were people in a comfort zone. That stagnant feel, we had to change that.” 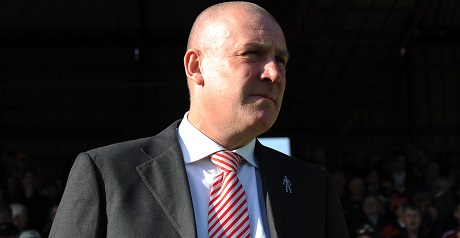