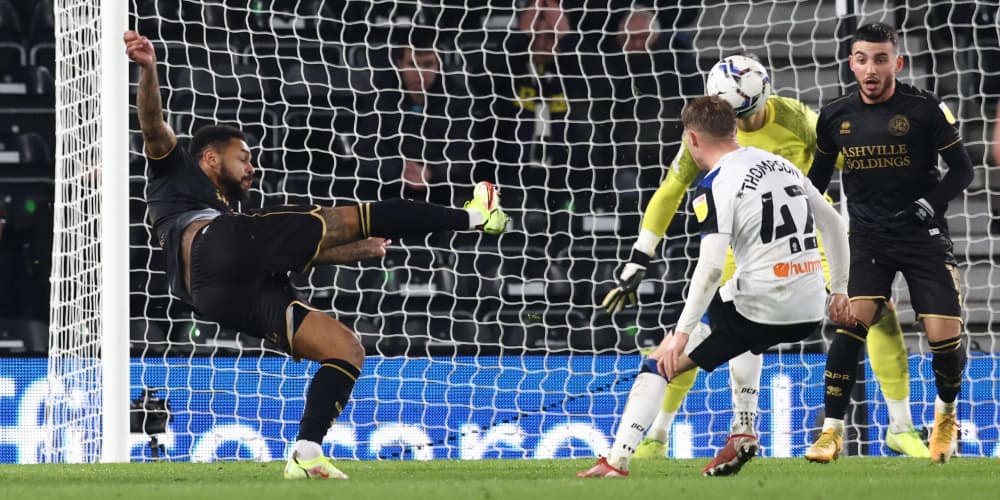 Andre Gray’s brilliant winner in injury time took QPR up to third in the Championship table. Here’s how we rated each Rangers player in the 2-1 victory at Derby.

Did not have a single save to make and was a virtual spectator in the second half as Rangers dominated. Could do little about the Derby goal.

Stepped up at the wrong time as the ball was threaded through by Graeme Shinnie, allowing Tom Lawrence to race into the space he left behind and score. That early error aside he was a towering presence at the back.

Caught on the wrong side of Lawrence for Derby’s goal, allowing the Rams skipper the time to hammer the ball into the top corner. Given little alarms from a toothless Derby attack but made one or two panicked clearances.

Not at his best. His loose pass picked up by Shinnie led to the Derby opener and he was too lax in possession when playing out of the back on more than one occasion. Had a header cleared off the line in the first half but twice let substitute Festy Ebosele wriggle past him late in the game as Derby pushed for a second goal.

Solid in defence and got forward well as Rangers tried to spread the play wide as much as possible after going a goal down. Worked tirelessly throughout.

Showed flashes of class but was kept honest by Derby’s midfield. Grew more influential as Rangers took control in the second half. 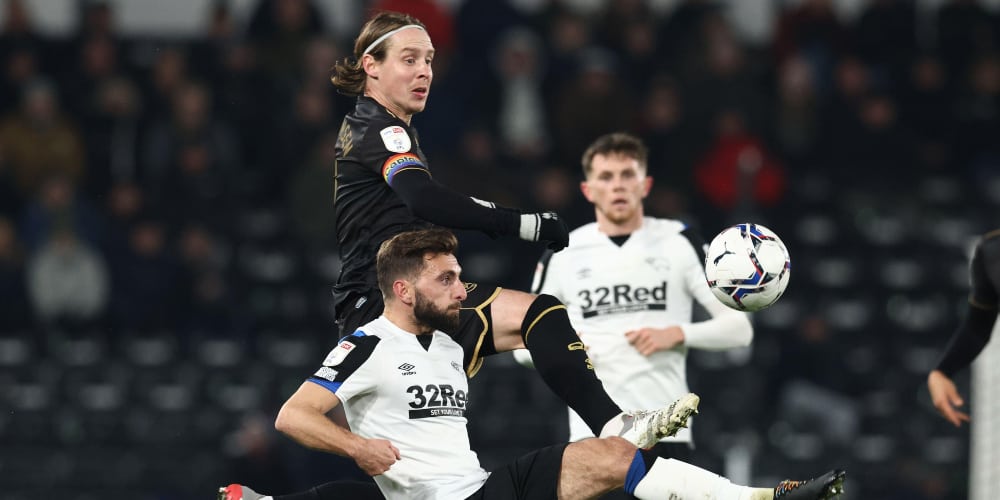 Bypassed too often in midfield in the first half by Derby’s Shinnie and Max Bird, and guilty of passing for the sake of passing at times. Had two decent shooting opportunities before half-time but opted to lay the ball off and the chances went begging. Needs to do more when in possession.

Limped off early in the second half with another hamstring injury – a worrying sign for the influential but injury-prone Scot, who was solid on the left-hand side.

A lively presence throughout. Should have scored with a header and hit the post with another header in the final moments before the ball was majestically hooked home by Gray.

Outstanding finish for Rangers’ first goal when he side-footed home at the back post after Charlie Austin delivered a magnificent cross. Delivered the ball that led to winner in another high-class performance.

Hardworking display. Headed just over in the first half but linked up play well as he dropped deep seeking the ball. Set up the equaliser for Willock with a superb run and cross. Replaced by Gray 15 minutes from time and revelled in teasing the home fans about the 2014 play-off final as he exited the field.

A magnificent 15-minute cameo from the on-loan Watford striker. Had a goal disallowed for marginal offside after smashing the ball in the top corner. Made no mistake with an outrageous winning goal when he juggled the ball in the air after Chair hit the post and then volleyed into the net.

Did really well after he came on for the injured Wallace. Made at least two crucial interceptions in defence and added some width out wide.