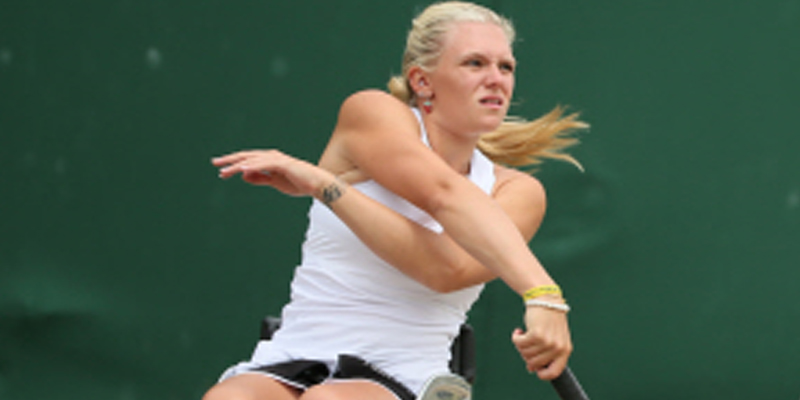 Jordanne Whiley crashed out of the women’s wheelchair singles at Wimbledon at the first hurdle with a straight-sets defeat to world number three Diede De Groot.

The 25-year-old from Ickenham was playing in only her second tournament since returning from a wrist injury which ended her 2016 season and kept her out of the first part of this year.

And Whiley’s lack of match sharpness showed early on as she was broken in the opening game with the first of 17 double faults in the match.

She looked in real trouble at 2-6, 1-5 down but staged a recovery, winning five of the next six games and saving a match point in the process to force a tie-break

However, she went on to lose that 7-4 against the Wimbledon debutant, who moved into the semi-finals.

Whiley has eight Grand Slam doubles crowns to her name, including from last year’s Wimbledon.