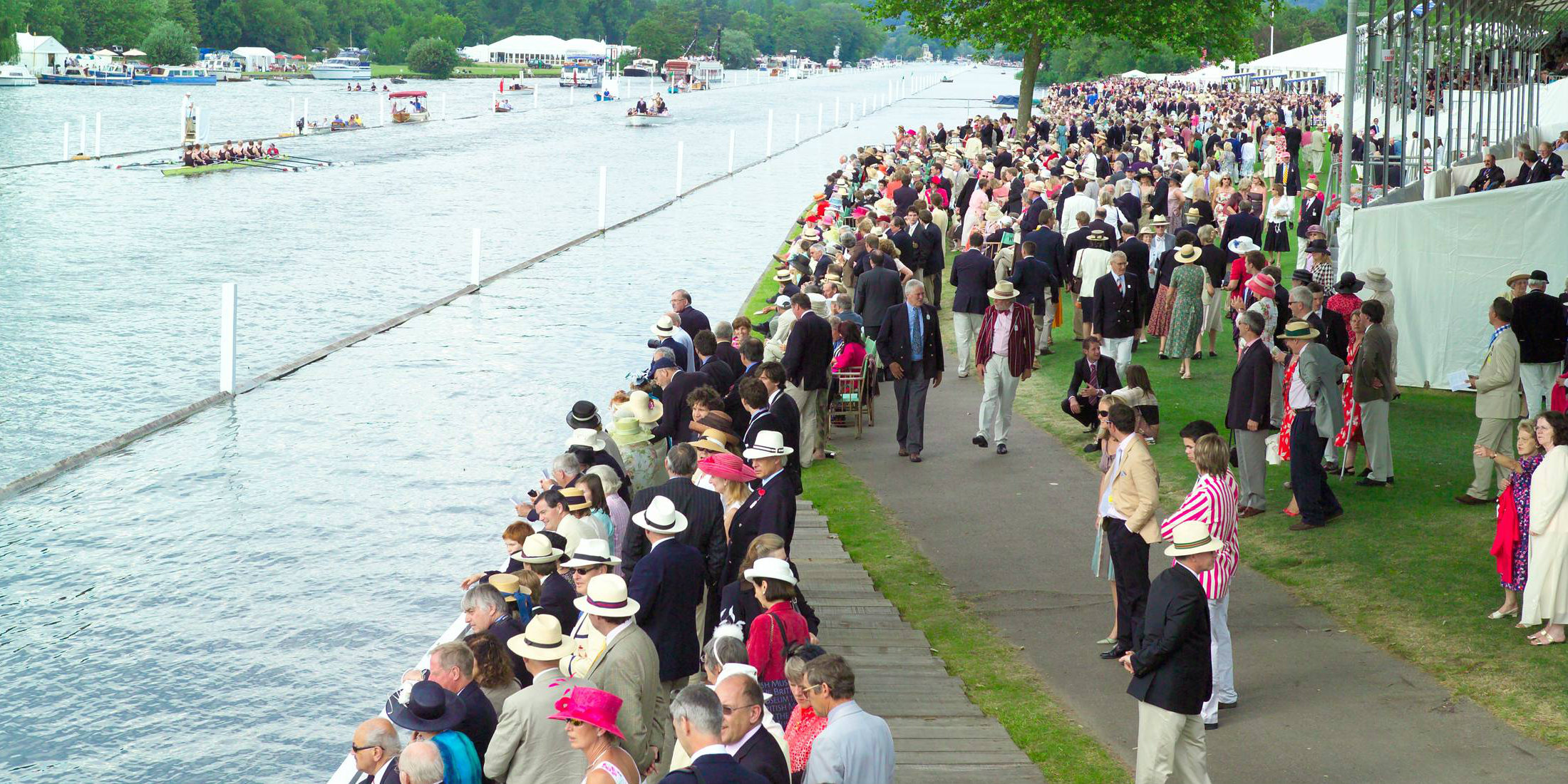 Three west London crews have their eyes on Henley victory in the Wyfold Challenge Cup this weekend at the Royal Regatta, but a crew of crack Australians stand in their way.

Coxless fours from Tideway Scullers School – based in Chiswick – and Putney clubs Thames RC and Sport Imperial all reached the semi-final stage on Friday, with a couple of thrilling battles in the mix.

But UTS Haberfield of Sydney have been turning heads all week and defeated another Putney Club, London RC, on the third day of competition.

“All the UK crews have beaten each other this season so you throw in the Aussies and there’s a lot of depth,” said Nathan O’Reilly of the Tideway Scullers crew.

“We’ve got UT Sydney on Saturday but [coach] Tom Gale has us rowing pretty well and we’re confident in what we’re doing so all being well we’ll have Sport Imperial or Thames in the final.”

Sport Imperial – a club crew that trains alongside the students of Imperial College, London – were fastest of the four over the first part of the course on Friday as they beat Mercantile of Australia in style, indicating that they could be considered favourites.

O’Reilly and crew-mates Bill Fields, Murray Wilkojc and Lloyd Seaman survived one of the battles of Friday, coming back from a boat-length down to overcome De Hoop of the Netherlands but they have seen weekend action at Henley plenty of times before.

O’Reilly and Fields were in the TSS crew that was controversially disqualified in the Wyfold final in 2014, having clashed with their opponents. There were similar scenes on Friday but the umpire ruled both crews were at fault and their race was re-started.

This Scullers group have been battling since their last Henley triumph in 2010 to win at the famous regatta.

However, O’Reilly said: “Myself and Murray won with Newcastle Uni in 2008 so it’s really not about the Henley medal. Win or lose we’ll all be back next year.”

In the other side of the Wyfold draw, Thames RC won the tightest verdict of the day, coming back from a length down to beat Commercial RC of Ireland by a foot.

Thames – seeking their third Henley win in as many years – have two eights still in contention in the Thames Cup, and they could meet in Sunday’s final. Their top crew races Henley’s Leander Club on Saturday while the B crew takes on Agecroft RC from Salford, who beat the TSS eight at the quarter-final stage.

Henley has this year introduced three new women’s events, meaning that there is parity between men and women at the elite level. However there are no women’s club events, meaning aspiring club crews have to race internationals.

The TSS women’s quad scull were defeated by a Great Britain Under-23 lightweight crew in the Princess Grace Challenge Cup on Friday while Thames RC’s women’s pair and double scull were beaten by New Zealand and GB crews respectively.