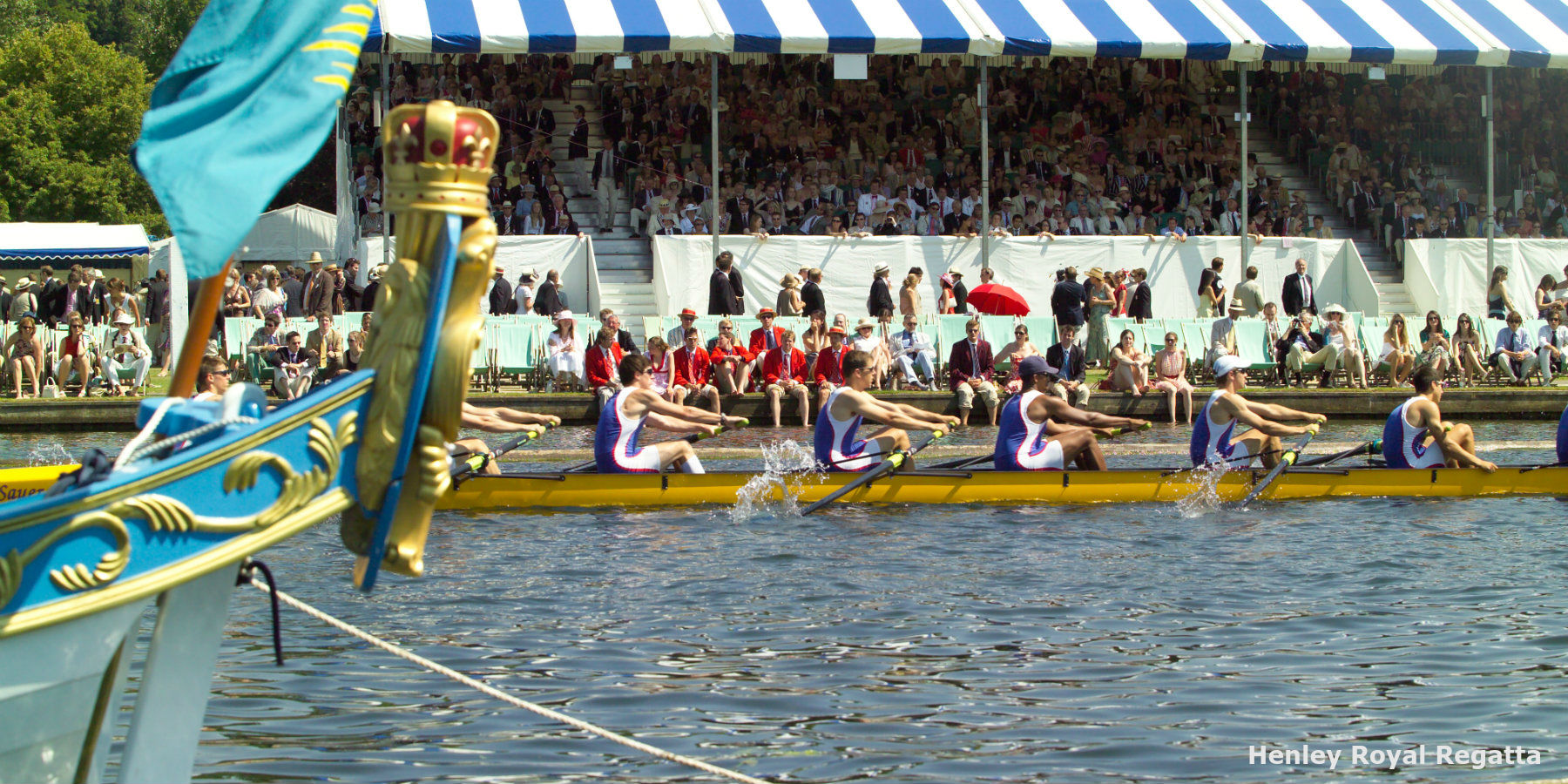 Thames Rowing Club have their sights on a second Henley Royal Regatta trophy in as many years after a thrilling victory over a crew of Dutch internationals in Saturday evening’s semi-final.

Sunday’s final of the Visitors Challenge Cup for coxless fours pits them against the University of California, Berkley – half the crew that won the US national title in June.

The Thames four of Ant Lester, Nick Pusinelli, Tom Jeffrey and Chris Morahan took an early lead while their rivals De Amstel and Proteus-Eretes struggled with their steering in blustery conditions

They then hung tough as the Dutch crew closed in the final stages to win by one-and-a-quarter boat lengths.

Crucially, the times recorded by Thames and Cal in their separate semi-finals were exactly the same at the two intermediate timing points at the Barrier and Fawley, indicating the final will be another nail-biter.

Three of the Thames crew were in the eight that secured an historic victory in the club eights at Henley a year ago and Lewis said it is “huge” that they have made the step up in 12 months to compete at intermediate level.

Hammersmith-based St Paul’s School will look to be the best junior eight at Henley for a second successive year after winning a thrilling semi-final, overcoming a length deficit to row through top Australian crew Melbourne Grammar School, roared on by the Henley crowd.

But their west London rivals Westminster School failed to secure a rematch of last year’s final after they were upset by Eton College in the other last-four match-up in the Princess Elizabeth Challenge Cup.

For the second year, Westminster missed out on taking the final piece of the schools Triple Crown, after winning the School’s Head of the River in March and May’s National Schools Regatta.

The rest of west London’s club crews were less fortunate on Saturday’s semi-finals day as the coxless fours from Chiswick’s Tideway Scullers School and Putney-based Sport Imperial both suffered defeat.

It is the fifth time in six years that Tideway Scullers have reached the weekend the Wyfold Challenge Cup without lifting the trophy.