Middle-distance great Steve Cram says British fans should not be worried by Mo Farah’s form as the Twickenham athlete prepares to start the Olympic summer following some indifferent winter results.

Cram, who has followed Farah’s career closely, is puzzled as to why Farah took part in the World Indoor Championships in March, where he struggled home in fourth place in the 3,000m.

But he does not believe the lack of late pace Farah displayed in Istanbul is a sign of poor fitness or form.

“I wasn’t sure why he ran the world indoors because he was in heavy training but I suppose he wanted to get out there and race,” Cram told West London Sport. 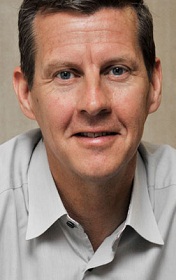 Cram has high hopes for Farah.

“But I would be more concerned if our main medal hopes were not fit and healthy at this point.

“We all know it’s going to come down to the last two laps and he’s going to be there. The key to the winter was not getting hurt and getting all the training in and he’s done that.”

One of Farah’s main rivals, Kenenisa Bekele of Ethiopia, looks to be back in form after struggling with injury last season, and will lay down the gauntlet in the first big race of the season, the Doha Diamond League meeting on Friday.

Bekele ran the fastest 10K of the year to win April’s Great Ireland Run by almost a minute, but Cram said: “It was on his own in a street race.

“I spoke to his manager recently and he said he was going well but everyone is saying that at this point. We’ll see on Friday night.”

Bekele and Farah have signed up to meet for the first time this season at a 5,000m race on 2 June in Portland, Oregan.

The Brit will also compete in the London Grand Prix at Crystal Palace on 13 July.

Cram said: “It’s important Mo picks his races carefully, on his own terms. He doesn’t need to race Bekele regularly.

“It would be great for Mo to get two or three good races in before the Olympics and he may want to run a couple of 1500m races to improve his speed for the 5,000m.

“He’s in a slightly different position to last year because now people know who he is and they will be preparing for him.”

Cram was speaking as an ambassador of a new website, findarace.com, a search engine which helps members of the public find running, cycling, swimming and triathlon events.

“If you’re training on your own, say for a marathon, you need to run other races to prepare. You should run a 10k and a half-marathon but it’s difficult if you don’t know what to look for,” he said.

“You don’t want to turn up at a club event and be the slowest person there. This is a chance for people to find a race that suits their needs and I think it’s a great idea.”