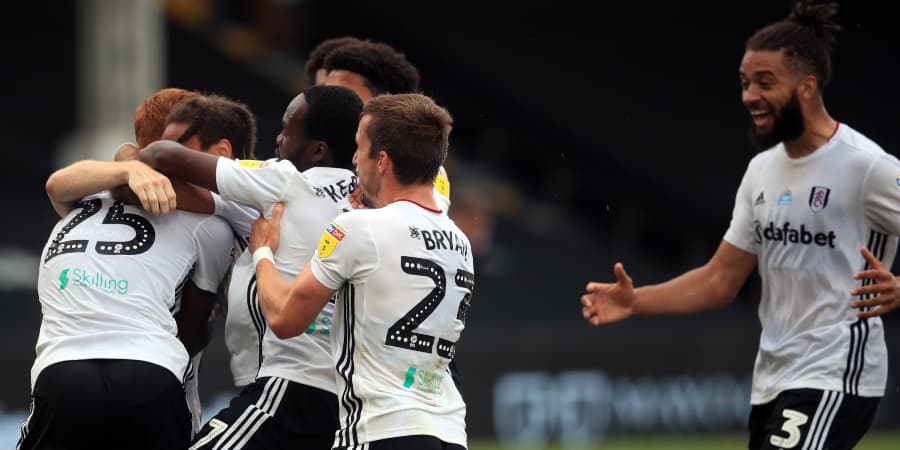 The Whites still have an outside chance of automatic promotion, but goals from Aleksandar Mitrovic from the penalty spot and an excellent effort by Josh Onomah in the second half were enough to see off sixth-placed Cardiff City.

In a quiet start, with the Bluebirds largely content to contain Fulham, Marek Rodak was eventually called upon to make a fine save from Nathaniel Mendez-Laing after the midfielder took advantage of some slackness by Tim Ream.

It was an anxious moment for Fulham, who had only managed to test Cardiff keeper Alex Smithies, via a Harrison Reed shot from around 20 yards.

Still, the Whites went ahead when they were awarded a penalty in the 35th minute, when Mitrovic was hauled down by Dion Sanderson.

The Serbian striker subsequently made no mistake from the spot, blasting the ball into the roof of the net for his 24th goal of the campaign.

At the other end, it was the turn of Bobby Reid to hit the woodwork from distance: a fine effort that could have doubled the hosts’ lead as the encounter sparked into life at the end of the first half.

After enjoying more possession following the interval, Fulham eventually doubled their lead, thanks to Onomah.

The former Tottenham player fastened on to a neat pass in the 66th minute from substitute Stefan Johansen before driving a precise right foot shot which left Smithies helpless.

Cardiff looked more energised and pressed to try and get back into the game, but the Whites remained solid when called upon and showed the required discipline to see the game out.

Fulham now have a big test at second-placed West Brom on Tuesday.