Tom Cairney’s first goal of the season, his first in the Premier League since netting for Hull nine years ago, set up Fulham for a first win under Scott Parker.

Victory ended a nightmare run of nine successive defeats – five of them under caretaker boss Parker – which confirmed relegation with five games still to play.

Cairney, whose only previous top-flight goal was also against Everton, pounced at the start of the second half when he tucked the ball home past England keeper Jordan Pickford after a simple assist from Ryan Babel.

And it was the red-haired Babel who put Fulham into the rarest of comfort zones with the second on 69 minutes – the result of a great first touch into space and an electrifying burst which carried him past two Everton defenders before he clipped the ball in past Pickford.

Aleksandar Mitrovic played his part in what was only a fifth win of this dreadful campaign. It was his lay-off which set Babel on his way and he set the tone from the off – peppering Pickford’s goal with a couple of efforts and forcing the England keeper to tip over a header at a corner before angling a drive onto the crossbar.

Calum Chambers got on the end of a delicate Cairney chip, only for the giant Kurt Zouma to get in the way of his flicked header in another promising attack.

The near-misses were a sign of Everton’s aerial vulnerability, particularly at set-pieces – and a reminder to the Whites that after a horrible run of home games against the division’s elite, this was finally a fixture where a win did not seem out of the question.

Dominic Calvert-Lewin should have levelled on the hour – poking a shot past an advancing Sergio Rico but just wide of the far post after being released by a well-timed ball from Gylfi Sigurdsson.

But this was a poor display from a side in supposed good form and they became only the third side this season not to score against Fulham’s normally leaky rearguard. 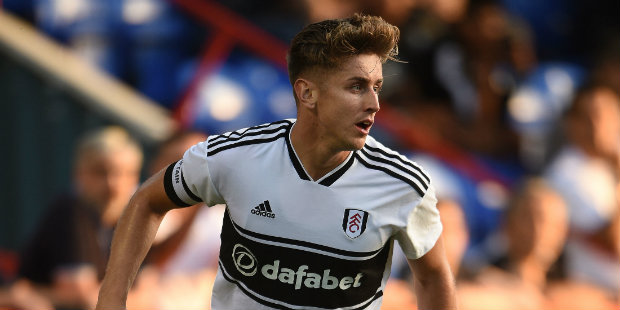